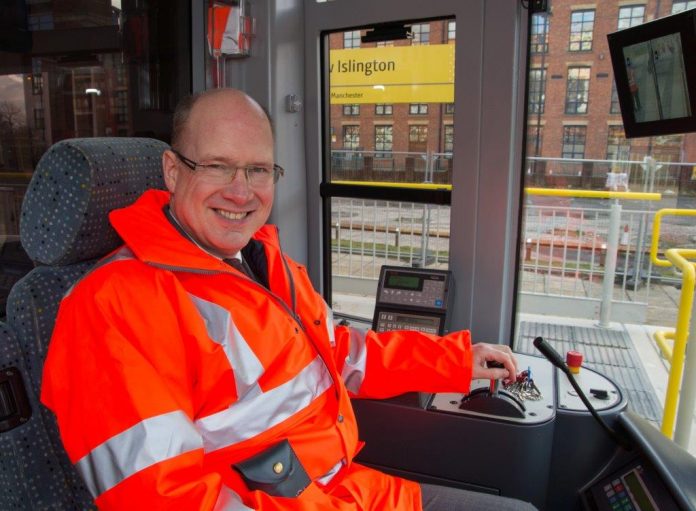 Jon Lamonte, Chief Executive of Transport for Greater Manchester (TfGM), has announced he is leaving the organisation to take up a post as CEO of the new statutory authority of Sydney Metro.

Established in July this year, Sydney Metro is an operating agency owned by the New South Wales Government that is responsible for building and operating the $20bn new metro network for the city.

During his career, Dr Lamonte, aged 58, has held a range of senior roles in the Royal Air Force and Ministry of Defence. He joined TfGM in January 2013 from his previous role as Chief Executive Officer of Tube Lines, a subsidiary company of Transport for London with responsibility for the safe and reliable operation of the Jubilee, Northern and Piccadilly lines.

He has been at TfGM’s helm throughout much of Metrolink’s phenomenal expansion programme, which is one of the largest and most ambitious transport projects to be delivered in the UK and unprecedented in the rail industry in terms of the size and scale of growth.

Under his leadership, the organisation also led on the delivery of the £122m Bus Priority Package, including the Leigh to Ellenbrook guided busway and Oxford Road improvements, and the introduction of half-price bus and tram travel for 16-18 year olds, making it easier and more affordable for thousands of people to access education and training.

Dr Lamonte said: “It’s been a privilege to lead TfGM through one of the most exciting times in its history. We’ve seen Metrolink treble in size, built new and innovative infrastructure across Greater Manchester and made significant strides in terms of devolution. I am extraordinarily proud of everything we have delivered and our strong national and international reputation for excellence and innovation in transport.”

Andy Burnham, Mayor of Greater Manchester, said: “We wish Jon well and we are all aware of the huge progress that public transport in the region has made over the past six years.

“Under his leadership we have seen major successes, such as the extension of the Metrolink network and the Leigh to Ellenbrook guided busway, which has delivered exactly what it promised to and more.

“There have been countless other success stories and we look forward to building on the work Jon has overseen to make transport easier in Greater Manchester.”