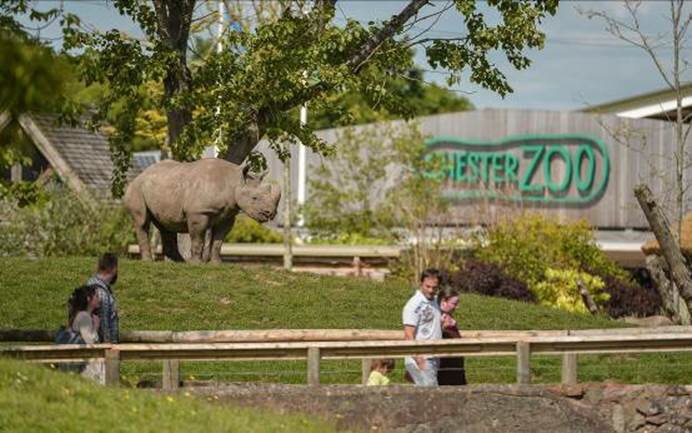 A brand new economic impact report says that Chester Zoo boosted the regional economy in the North West of England and North Wales by almost £50 million last year.
Welcoming almost 1.7 million visitors through our gates in 2015, the new report forecasts that the economic benefit is set to continue to grow and could lead to an economic boost of more than £65million for the region by 2020.

The conservation charity welcomed almost 1.7 million visitors through its gates in 2015, making it the UK’s most visited paid for visitor attraction outside London.

Now, the new report – which analyses figures from 2015 – has unveiled the wider impact of this large scale tourism.

£47.7 million was added (Gross Value Added or GVA) to the wider North West economy by the zoo in 2015. The new report forecasts that this economic benefit is set to continue to grow.

Anticipated growth for the visitor attraction could lead to an economic boost of more than £65million by 2020.

The zoo currently employs more than 800 people during peak summer months and helped to sustain almost 1,000 further jobs for the regional economy in 2015 thanks to the large numbers of visitors. This number looks set to rise to more than 1,500 jobs in the region by 2020.

The study, which focuses on the impact on the Cheshire and Warrington area, North Wales and the wider North West of England region, has been compiled by specialist economic development and regeneration firm Regeneris Consulting.

Chester Zoo was founded and established as a conservation charity in the 1930s. It now delivers around 80 projects in 30 countries worldwide to protect endangered species from extinction, including many here in the UK.

“We are proud members of our local and regional community, so it’s a privilege to be able to play our part by having such a dramatic impact on the economy.

“We have big plans in store to enable us to continue to provide a world class visitor attraction in the years ahead, so it is hugely encouraging to see that this could help the wider economy to the tune of around £65m per year by just 2020.We are ever appreciative of those visitors who flock through the gates and support our conservation work. Our mission is to protect endangered species here in the UK and all around the world. It is magnificent news that these visits are proven to dramatically boost the wider economy at the same time.”