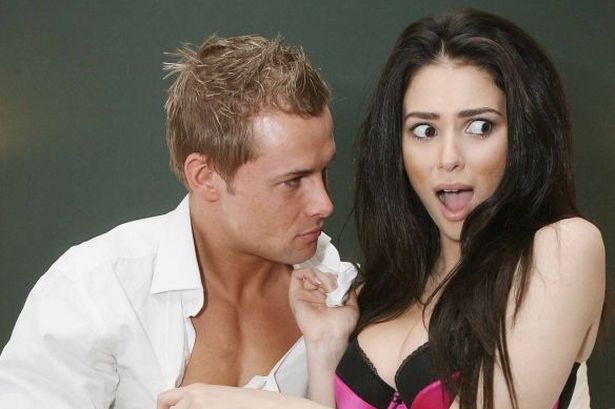 You’re less likely to be cheated on in Wigan than anywhere else in the UK, while Salford  is the third most faithful city in the UK but don’t live in Wilmslow.

The official Infidelity Index 2018 was announced today, listing the UK’s most adulterous towns and cities.

The city of Manchester is home to almost 25,000 cheats, 4.86% of its adult population, while Salford is the 3rd most faithful city in the entire country.

The map has been compiled by IllicitEncounters.com, the UK’s leading dating website for married people and the leading authority on infidelity.

The postal data of adulterers on IllicitEncounters.com is mapped against the adult population of each town, giving an overall percentage of cheating adults, along with each town’s overall number of adulterers.

The most adulterous town in the country is Stratford-upon-Avon in Warwickshire.

When it comes to the most unfaithful town in Greater Manchester, that honor goes to Altrincham, who are 45th overall. Altrincham is home to 651 adulterers, 1.24% of its adult population.

With that said, Wilmslow, found just a stone’s throw away in Cheshire, is the 2nd most adulterous town in the entire country, with 3.6% of its adult population (901 people) cheating.

Home to footballers and WAGS alike, it wouldn’t be of any surprise to us to see Ryan Giggs or Wayne Rooney frequent the town every now and again.

In terms of cities, Salford is the third most faithful city in the entire country for the second year running. With just over 1,000 adulterers, a mere 0.98% of its adult population are looking for an affair.

By comparison, neighbouring Liverpool is the 9th most faithful city in the country, with 2.68% of its adult population cheating (14,793 people).

“On the whole, the people of Greater Manchester are some of the most faithful in the entire country, but it’s the town of Wigan that is the real surprise. Its very easy for people in smaller towns to stray, but Wigan’s relatively modest population seem to be a tight-nit community, and now they can officially say that they’re the most faithful and trustworthy people in the whole of the UK.

“On the other hand, the city of Manchester is taking after one of its heroes, Ryan Giggs, with over 24,000 adulterers walking their city streets.Manchester City might claim that the city is blue, but its citizens are painting the town red with salacious affairs.

“And speaking of footballers, Wilmslow in Cheshire, home to many of City and United’s superstars, is the 2nd most adulterous town in the entire country.Could some of them be playing away? We wouldn’t be surprised.

The Full Guide to Being Healthier and Happier in 2019