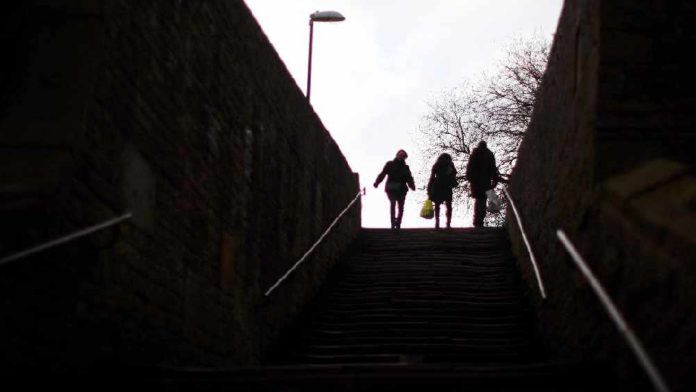 A new £700,000 National Lottery funded programme has been launched to tackle child exploitation in Greater Manchester.

The Children’s Society will support children and young people at risk of exploitation, with a focus on criminal exploitation such as drug dealing, including across ‘county lines’.

As part of the three-year Disrupting Exploitation programme, funded by the Big Lottery Fund, the largest funder of community activity across the UK, the national charity will work closely with local partners including Greater Manchester Police, voluntary groups and councils.

Across the country, tens of thousands of children are at risk of exploitation but some are treated as criminals when they may have been trafficked or groomed and are actually victims of modern day slavery.

The Children’s Society’s practitioners will test new ways of disrupting exploitation across Greater Manchester.  This will include working with police, social services, schools, youth offending teams and community organisations to identify risky locations, highlight instances where children are not recognised as victims and deliver training to ensure everyone can spot the signs children could be at risk – for instance, at pupil referral units.

Jo Hunt, The Children’s Society’s Greater Manchester Area Manager, said: “The stories we hear from young people who are exploited by these criminal gangs are absolutely heartbreaking.

“Lured by promises of a glamorous lifestyle or financial rewards they are often then controlled and trafficked to carry drugs and get involved in other criminal activity using threats, violence and even sexual abuse.These are not troublesome teenagers, they are vulnerable children in desperate need of help.”

“This funding will enable us to work with these young people but also their parents, police, councils and communities to raise awareness of the grooming process and the risks involved, and to disrupt the cycle of criminal exploitation.”

County lines drug dealing is a growing problem.  It involves gangs exploiting vulnerable young people, often from big cities, to carry drugs, which they can be forced to carry inside their bodies.  These children may go missing from home or care for weeks as they travel to provincial and coastal communities to sell the drugs.

In 2015/16 there were 16,457 incidents of children going missing reported to Greater Manchester Police and in 2017 the force reported 26 children to the Government’s National Referral Mechanism, the system used to identify victims of modern slavery and human trafficking.

Other criminal exploitation may include children being asked to stash weapons and drugs, launder money, steal or vandalise property.

The Children’s Society will initially provide one–to-one sessions with children within Manchester, Salford and Rochdale, including advocacy and group work and education about risk, coercion and grooming.

Insight will be gathered from communities and young people about their experiences, and The Children’s Society will work alongside the council and police to map intelligence about exploitation and build a better picture of what’s happening on the ground.

Young people who have experienced exploitation will help to shape the service and were involved in recruiting programme staff.

Disrupting Exploitation will build upon The Children’s Society’s existing services supporting children who go missing from home or care across Greater Manchester.

The Greater Manchester service is part of a £2.1m National Lottery funded programme through which The Children’s Society will also tackle child exploitation in Birmingham and London.

James Harcourt, England Grant-Making Director at the Big Lottery Fund, said: “We’re proud that National Lottery funding is supporting children and young people with first-hand experience to come together and tackle these issues. Working with partners, The Children’s Society ensures young people are at the heart of what they do and provides them with opportunities to make communities stronger and safer.”