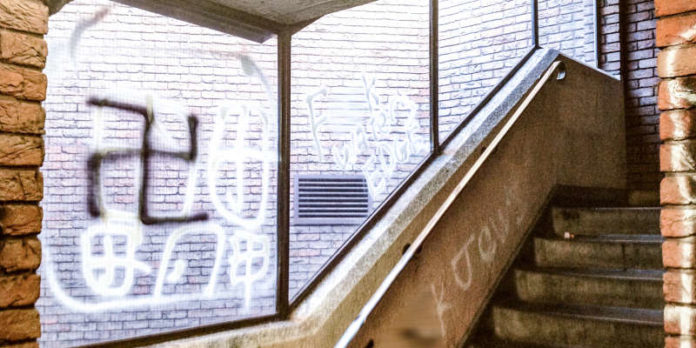 The Communities Security Trust has published its 2018 Antisemitic Incidents Report, which shows that CST recorded a record high total of 1,652 antisemitic incidents in the UK last year.

2018 was the third year in a row that CST has recorded a record high incident total and means the problem of rising antisemitism in our country continues to grow.

Almost three-quarters of the 1,652 antisemitic incidents were recorded in Greater London and Greater Manchester, the two largest Jewish communities in the UK.

The incidents were spread throughout the year, with over 100 incidents recorded in every month for the first time in any calendar year; indicating that a general atmosphere of intolerance and prejudice is sustaining the high incident totals, rather than a one-off specific ‘trigger’ event.

In addition to more general background factors, the highest monthly totals in 2018 came when the problem of antisemitism in the Labour Party was the subject of intense discussion and activity, or when violence surged temporarily on the border between Israel and Gaza; suggesting that these events, and reactions to them, also played a role in 2018’s record total.

“Three years of rising antisemitic incidents shows the scale of the problem facing the Jewish community. This is happening across society and across the country and it reflects deepening divides in our country and our politics. Jewish people are on the receiving end of this hatred but it must not be left to us to tackle alone.”

“All acts of antisemitism are utterly despicable and have no place in society. The Jewish community should not have to tolerate these attacks and we are doing all we can to rid society of these poisonous views. As part of our Hate Crime Action Plan we work closely with the Jewish community and soon I will be co-chairing an antisemitism roundtable to discuss how we further tackle these issues.”

Researchers seek to improve deployment of volunteers after pandemic