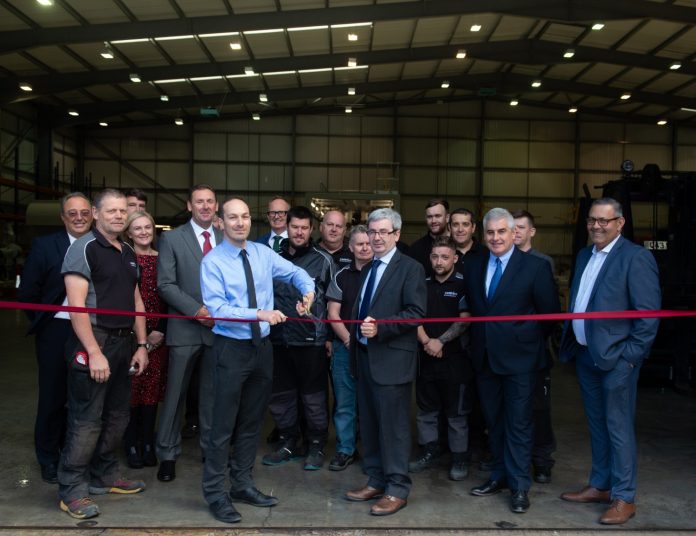 The opening of the factory, which builds CHP plants for a range of customers such as schools, hospitals and industrial facilities, will support the creation of 20 skilled jobs and apprenticeships as the team looks to increase both the size and number of units built. The units work by turning gas into both electricity and heat in one process, saving organisations up to 40% on their energy bills.

Cllr Alex Ganotis said: “I am delighted that Centrica is making such a significant commitment to the Greater Manchester region. Expanding this facility means the creation of skilled jobs and growth in the area. The demand for the state-of-the-art technology being built here is proof that organisations in the public and private sector alike are looking to make their energy use more efficient, cutting energy bills and carbon.”

Alan Barlow, UK&I Director at Centrica Business Solutions said: “The expansion of this facility is a proud moment for us. We are the only major company to design and manufacture CHP units in the UK and this investment shows we are continuing our commitment to the north west.

“This new factory will allow us to build bigger units onsite and increase production, putting us in a strong position to respond to customer demand for onsite generation.”

Centrica Business Solutions has expanded the facility to produce larger CHP units which have a faster payback time. On-site generation, such as CHP, reduces an organisation’s reliance on National Grid imported electricity, while allowing them to sell any unused electricity back to the grid.

To coincide with the opening of the new factory, Centrica Business Solutions is releasing a report which highlights the opportunity for industrial businesses in the north west to save £62million on their annual energy bills by adopting new energy technologies such as CHP, battery storage and solar. This technology could also lead to job growth, and a boost to the economy.