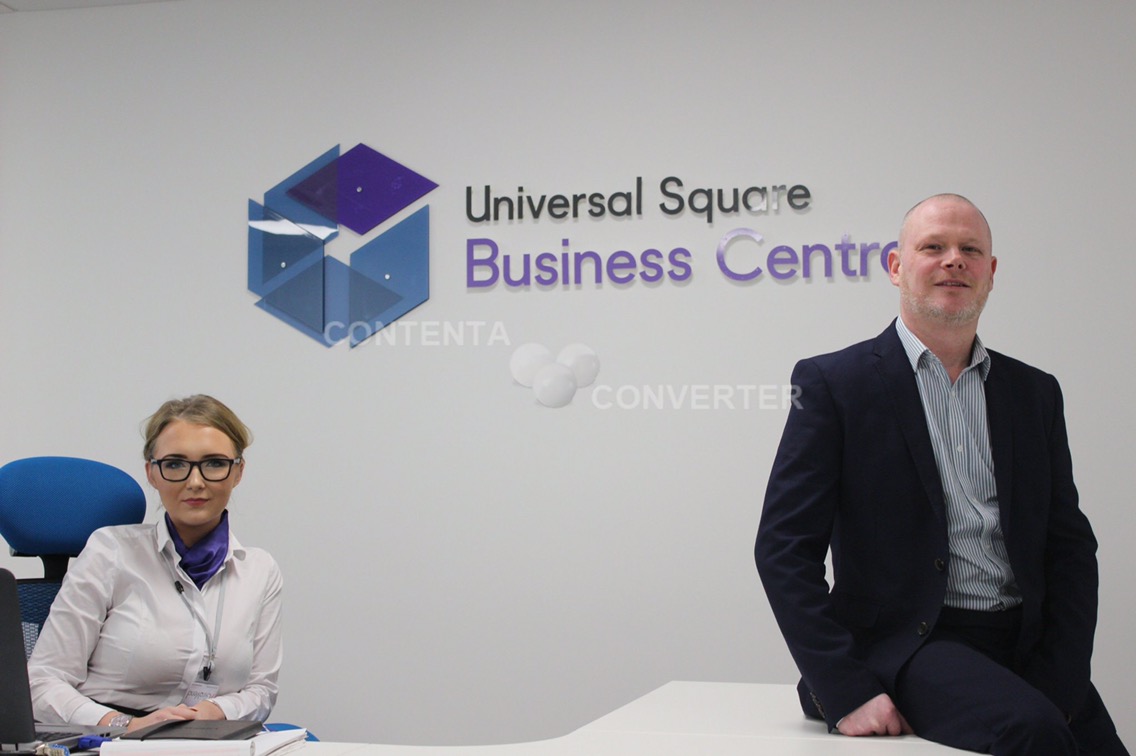 A business centre offering fully serviced offices with relaxing co-working space and hot desks has opened on the fringe of Manchester city centre.

The centre boasts 69 offices, ranging from single desks to rooms for five-people, and comprises 15,000 sq ft of office space in total.

Al Baaz Security, Soaroc International and Macway have already moved into Universal Square Business Centre, along with a number of other small to medium sized companies.

Andrew Hesketh, manager of Universal Square Business Centre, said another five firms will move in during the first week of April.

“We are delighted to have launched the centre,” he said. “The whole building, with the addition of Universal Square Business Centre, is now set to compete with all the major Business Centres in the centre of Manchester.

He added: “In the Business Centre, we have the opportunity to have 172 people working in a comfortable, serviced environment.

“We want this to be the place that small businesses look at and say ‘I want to go there, start my business and grow it’.

“After investing significantly in transforming spaces over four floors from traditional large offices into flexible working areas, we are very confident that we have an excellent facility here that will allow businesses to grow and evolve.”

Networking events will also be held in the business centre, with the overriding aim being to create a business community.

“The same concept will also be rolled out in MCR Property Group owned buildings in Birmingham and other UK cities. It’s an exciting time for us.”

What Does Consumer Data Tell Us About How Will Manchester’s Economy Will Perform in...

COVID-19 pandemic has created “an economic crisis like no other”,