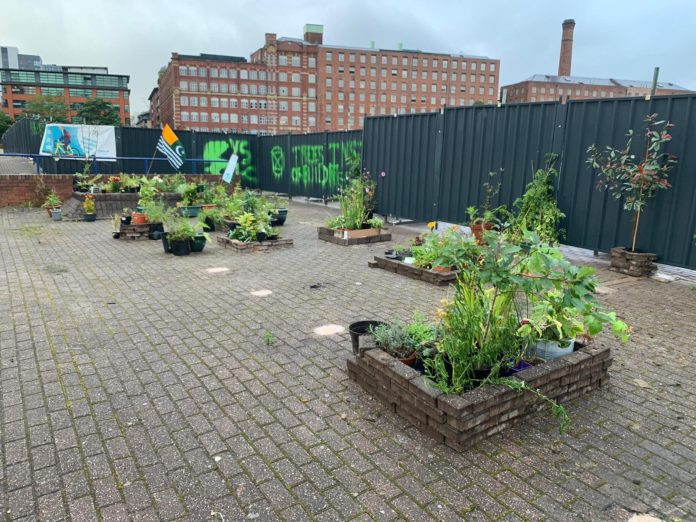 The site, which is controversially being looked at by the City Council as the home of a new car park, was given shrubs and plants from the Extinction Rebellion protest that came to an end yesterday in Deansgate.

The site was one of the places yesterday where the group staged a mass die in to protest against climate change.

The protest group Trees not Cars have petitioned the council objecting to the plans to turn the derelict site into a 440 space car park saying that if the car park goes ahead, there will be around 1000 cars moving in and out onto already busy Great Ancoats Street. This will increase pollution in a city with appalling childhood asthma rates and one which consistently ranks amongst cities with the worst air quality in Europe.