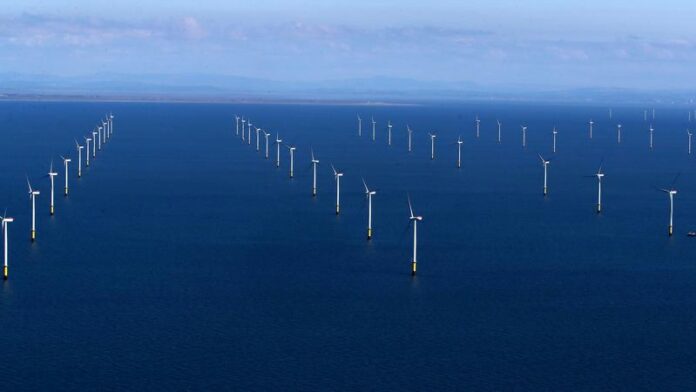 The global COVID-19 pandemic has caused unprecedented job losses and economic uncertainty. As governments and businesses look to stimulate growth, a new study from the World Economic Forum found that ‘nature-positive’ solutions can create 395 million jobs by 2030.

The Future of Nature and Business Report provides blueprints for businesses to tap into a $10.1 trillion business opportunity, focusing on industry actions that are nature-positive, meaning that they add value to nature.

The report is built on real world examples where business outcomes have been improved by nature-positive outcomes. Smart farming utilizing sensors and satellite imagery in Indonesia improved crop yields on average by 60%. Suzhou Industrial Park’s green development in China has seen its GDP increase 260-fold partially through green development. In Viet Nam, people living in coastal communities saw their incomes more than double following the restoration of critical mangroves.

“We can address the looming bio-diversity crisis and reset the economy in a way that creates and protects millions of jobs,” said Akanksha Khatri, Head of the Nature Action Agenda, World Economic Forum. “Public calls are getting louder for businesses and government to do better. We can protect our food supplies, make better use of our infrastructure and tap into new energy sources by transitioning to nature-positive solutions.”

The report, written in collaboration with AlphaBeta, segments actions into the following three areas or socio-economic systems where change can be scaled.

What we eat and grow makes up around $10 trillion of global GDP and employs up to 40% of the global workforce. Nature-positive solutions can create 191 million new jobs and $3.6 trillion of additional revenue or cost savings by 2030.

Some 75% of the world’s food comes from 12 plant and five animal species. Animal products provide 18% of calories but take up 80% of farmland. A more diversified diet of vegetables and fruits can create $310 billion in business opportunities annually by 2030.

Over 4.3 million jobs and $195 billion in business opportunities can come from precision-agriculture technologies by 2030. With 40% improvements in yields expected, investments could yield returns of over 10%.

The equivalent of one garbage truck of textiles is landfilled or burned every second, meaning $500 billion is lost every year as a result of discarded clothing. Using more renewable inputs and reusing, refurbishing and recycling clothes could lead to $130 billion in savings and prevent 148 million tonnes of textile waste by 2030.

It takes five times the effort to catch the same amount of fish now as it did in 1950. If the ‘business as usual’ approach continues, wild fish stocks will decline by 15%. This will cost the industry $83 billion, as boats will have to travel further and fish deeper. Sustainable ecosystem management is one way to tap into a $40 billion opportunity for the maritime industry worldwide.

About 40% of global GDP comes from the environment we build – office buildings, homes and transport. Nature-positive solutions can create 117 million new jobs and $3 trillion in additional revenue or cost savings by 2030.

Retrofitting systems and installing more efficient technology in new builds can save $825 billion by 2030. Switching to LEDs and substituting natural light alone could save over $650 billion by 2030. Green roofs can save on energy costs, mitigate flood risk, reduce air pollution, and even produce food. The market for these could grow 12% annually reaching $15 billion by 2030.

Reducing municipal water leakage could save $115 billion by 2030. Return on investments in water efficiency can be above 20%.

With $305 billion in additional revenue opportunities, the global waste management market could double in 10 years with the right investments in South Asia, East Asia and sub-Saharan Africa.

The energy we produce and what we extract accounts for almost a quarter of global GDP and 16% of global employment. With energy demand growing, there is an opportunity to create 87 million jobs and $3.5 trillion in business opportunities by 2030. Here are some examples:

Improving resource recovery in extraction can save $225 billion and reduce water usage by 75% in the next decade. New technologies and more mechanization could enhance material recovery rates by up to 50%.

Refurbishing and reusing some automotive parts, such as transmissions, retains more value and uses less energy than recycling. Some $870 billion can be saved by recovering manufacturing costs by 2030.

Opportunities of $650 billion and investment returns greater than 10% are expected from renewable energy sources by 2030. Stimulus packages for solar and other commercialized renewables can generate millions of new jobs. Solar energy without subsidies matched fossil fuel costs in over 30 countries and were projected to be cheaper than coal in China and India by 2021.

Land for renewable energy projects are three to 12 times the size of coal-powered ones. Some companies are developing high-rise photovoltaic power stations that can be combined with animal husbandry and ecotourism providing additional revenue streams on the same land plot.

“As we enter into a historic decade of action to halt and reverse biodiversity loss by 2030 and address climate change, business has a critical role to play in environmental stewardship of our planet,” said Inger Andersen, United Nations Under-Secretary-General and Executive Director of the UN Environment Programme. “They have the technology, innovation and financing to make the shifts we need towards increased investment in nature’s infrastructure and nature-based solutions.”

“Biodiversity threats are increasingly becoming a core concern to businesses across every sector of the economy and so-called ‘business-as-usual’ is not an option,” said Fraser Thompson, Managing Director of AlphaBeta. “The good news is that this report demonstrates there is a pathway for business that can not only strengthen the resilience of operations but create major new growth opportunities.”

“Whilst there is still uncertainty in how COVID-19 will unfold, we must recognize this as an opportunity to accelerate efforts to put nature at the centre of all decision-making,” said Alan Jope, Chief Executive Officer of Unilever. “There will be no jobs or prosperity on a dead planet!”

Lancashire’s two fracking wells are to be peremenantly sealed