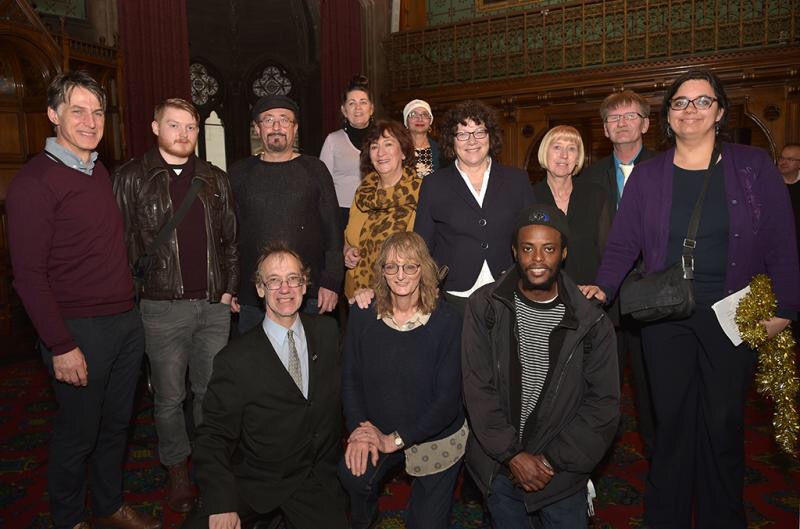 HLF Chief Executive Ros Kerslake visited Manchester this week to celebrate the difference National Lottery funding has made across the North West of England.
To date, HLF has invested over £763million in 4,074 heritage projects across the North West, from the 1966 World Cup exhibition at the Football Museum in Manchester to preservation work on the iconic mossland habitats of Lancashire.

Ros’ visit coincided with the completion of the three-year Improving Futures: Volunteering For Wellbeing project. In 2013, the Imperial War Museum North and Manchester Museum were awarded a grant of £528,700 for a ground-breaking project exploring how volunteering at heritage locations can change lives. 225 people from a diverse range of backgrounds have had the chance to get involved as volunteers working with some of the most prestigious heritage venues in the North West.

“I feel very proud looking at the amazing work that has been achieved across the region and would like to thank the National Lottery players who make our investment possible.”

Ros met some of the volunteers who participated in the programme at a celebratory event at Manchester Town Hall on Thursday afternoon. John Priestley, Mathew Draper and Farah Malik shared their experiences of working at Manchester Museum, the British Museum and the Museum of Science and Industry and the tangible effect it has had on their lives.

Ros Kerslake, Chief Executive of HLF, said: “I was delighted to visit the North West this week and see the truly fantastic and diverse range of projects that have been supported by HLF. I feel very proud looking at the amazing work that has been achieved across the region and would like to thank the National Lottery players who make our investment possible.”

Ros’s whirlwind tour started on Wednesday with tours of the Whitworth Gallery and Manchester Museum. The Whitworth Gallery was named Visit England’s gold prize winner for Large Visitor Attraction of the Year 2016 after the completion of an £8.5m HLF-supported project to extend the building, creating contemporary new gallery and learning spaces and improving visitor facilities. In March, Manchester Museum was awarded a £4.2m grant towards a major project to realise the Museum’s ambition to become a leading cultural venue in the North of England.

Ros also had the chance to meet with the Archives+ team and community project participants at Manchester Central Library to hear about the impact HLF-supported projects had on the local community. She also walked around Chat Moss, which has been the focus of a restoration project granted £993,000 to preserve the area’s mossland habitat and reconnect local people to their natural heritage.