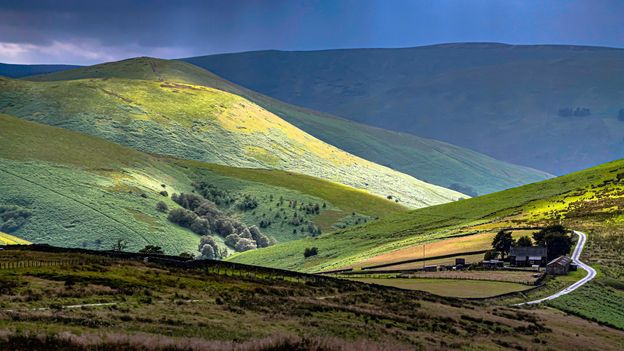 A stunning digital map of England and Wales will provide the inspiration for new poems celebrating the diversity and history of both countries.

Writers of all ages can take part in the Places of Poetry project during October by penning verses about places significant to them and sharing them on the website.

Places of Poetry aims to encourage people to think about the environment and history around them. Contributors of all ages and backgrounds can write poems and “pin” them to specific locations on the map: from iconic historical sites to places of personal significance. Writers can choose where to pin their poem, whether it is on a town, village, local landmark or street-corner

The Places of Poetry map consists of two layers: an artistic map, based on decorative seventeenth-century county maps, and a second layer of Ordnance Survey data, allowing users to zoom in to a high level of detail.

Places of Poetry ran for five months last year, where people of all ages and levels of experience wrote and pinned poems about place, heritage and identity on a digital map of England and Wales. More than 3000 people pinned over 7500 poems, with the project supported by some of the country’s most innovative and well-known poets.

From October 1 the Places of Poetry map will again be open for 12 days for people to pin poems again, to celebrate the publication of an anthology of 200 of the best poems produced as part of the project. Places Of Poetry: Mapping The Nation In Verse will be published on October 1 by Oneworld.

Professor Andrew McRae, from the University of Exeter, who leads the project, said: “Our map of poems provides thousands of fresh perspectives on the places people know and love, and the ways in which they understand their relationship to this country. We were delighted so many people took part last year, and we hope as many people as possible will take part in October.”

As well as the newly-published poems the anthology will contain a handful of familiar, older poems about Britain’s landscape. While the 2019 project only covered England and Wales, the anthology includes sections on Scotland and Northern Ireland, as well as Wales and six English regions. The reader’s journey begins at Stonehenge and spirals around the country to end in the valley of the River Eden.

Places of Poetry is also led by the poet and Radio 4 regular Paul Farley of Lancaster University. It has been shortlisted as Research Project of the Year: Humanities and Social Sciences, at the Times Higher Education Awards 2020.