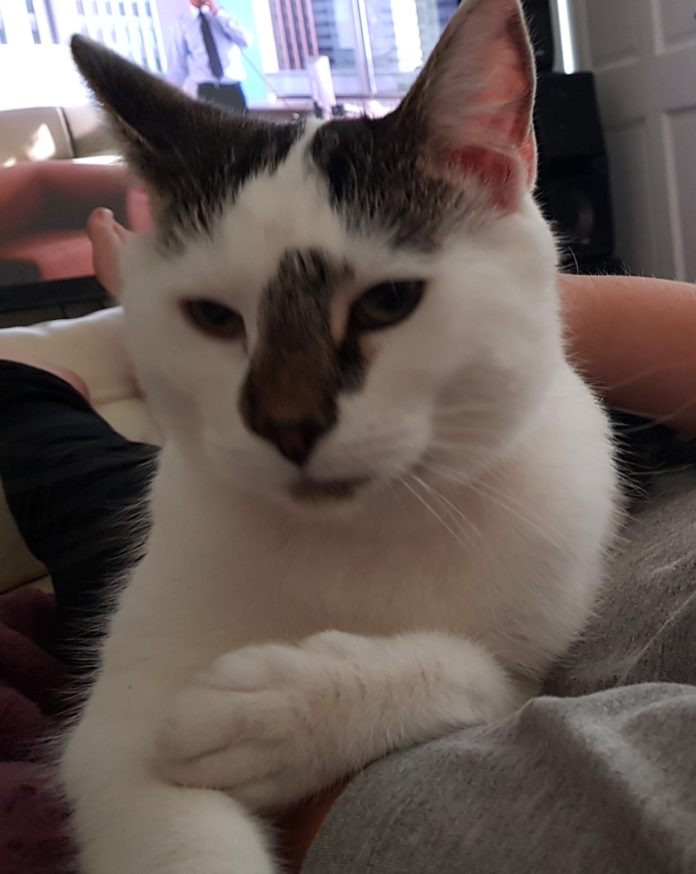 An owner who was reunited with her cat six months after he went missing has welcomed CatsProtection’s campaign for compulsory microchipping of owned cats.

The 18-month-old puss was found months later in a garden 15 miles away in Wigan by a concerned resident who took him to a vet.

Having been scanned for a microchip, Smudge was swiftly returned home to Karen, her husband and daughter.

Karen said: “It was such a stressful time and we missed Smudge terribly. It seemed as though we’d never see him again, but at the back of my mind I knew he was microchipped, and that gave me some hope.

“Had he not been microchipped, he would have been assumed to be a stray and probably rehomed. We’d never have got him home, and we’d never have known what had happened to him.

“Microchipping costs a few pounds, but it meant Smudge could get home to us. We’re so delighted to have him back, he is such a well-loved cat.”

Ahead of National Microchipping Month in June, Cats Protection has renewed calls for a change in the law to ensure that all owned cats, like dogs, are microchipped.

Microchipping is a safe, permanent and cost-effective method of identification which ensures catscan be reunited with their owner should they go missing. It means lost cats are not mistaken as strays and taken in by rehoming charities.

Microchipping also ensures owners can be notified if their cat has been injured or killed in a road accident. Cats Protection encourages local councils to scan any cats they collect that have died in road accidents for a microchip so their owners can be informed.

Jacqui Cuff, Cats Protection’s Head of Advocacy & Government Relations said: “It’s always lovely to hear of stories where cats have been reunited with their owners, but most of these happy endings are only possible if a cat has been microchipped.

“Microchipping is an essential part of responsible pet ownership, and is already compulsory for dogs. This should now be extended to ensure all owned cats are microchipped, giving the same level of protection to keep them safe.”

Cats Protection is the UK’s largest cat charity, helping around 200,000 cats every year through a network of over 250 volunteer-run branches and 36 centres.