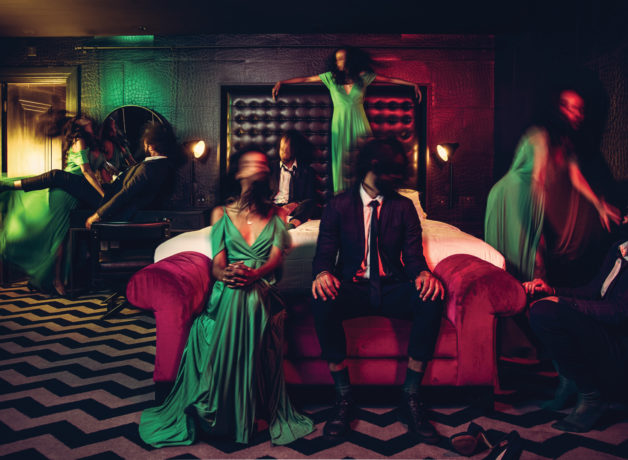 Casting is today announced for the Lyric Hammersmith and HOME’s production of othellomacbeth, which runs 14-29 September at HOME in Manchester .

othellomacbeth is a striking, condensed staging of two of Shakespeare’s most brutal and poetic plays. Told by an ensemble company, these two iconic stories collide in a dynamic and visceral new production.

The company of nine actors play characters in both Othello and Macbeth. As Macbeth and Cassio is Sandy Grierson, who has performed extensively with the RSC, most recently in Dido, Queen of Carthage and Doctor Faustus (also at the Barbican theatre).

In the role of Bianca is Kezrena James, whose credits include The Little Matchgirl and Other Happier Tales at The Globe and Bristol Old Vic. Joining them in the role of Emilia is Melissa Johns who recently performed with GRAEAE, her other credits include One Flew Over the Cuckoo’s Nest at the Sheffield Crucible and BBC’s The Interceptor.

Directed by Jude Christian, who most recently co-directed the sell-out, Royal Court production of My Mum’s a Twat with Vicky Featherstone, as well as the 2015 hit Lela & Co, also at the Royal Court. Jude is also an associate director at the Lyric Hammersmith (The Seagull, Jack and the Beanstalk), and returns to Manchester following her work directing the Royal Exchange and Bush Theatre production of Parliament Square.

Jude Christian, Director of othellomacbeth said: “This production is an ambitious endeavour, and I’m really excited to have such a passionate, fearless cast to work with. They’re rigorously bringing to life these two monoliths of British culture and asking what they mean in Britain today.”

othellomacbeth is designed by Basia Binkowska, the overall winner of the Linbury Prize 2017. The Linbury Prize is the UK’s most prestigious award for Stage Design, providing a unique opportunity for graduating designers to work with some of the UK’s leading theatre, opera and dance companies.

New Perspectives present the world premiere of The Fishermen at HOME in Manchester this...

Life and career of national treasure, Cilla Black, celebrated in musical at The Lowry