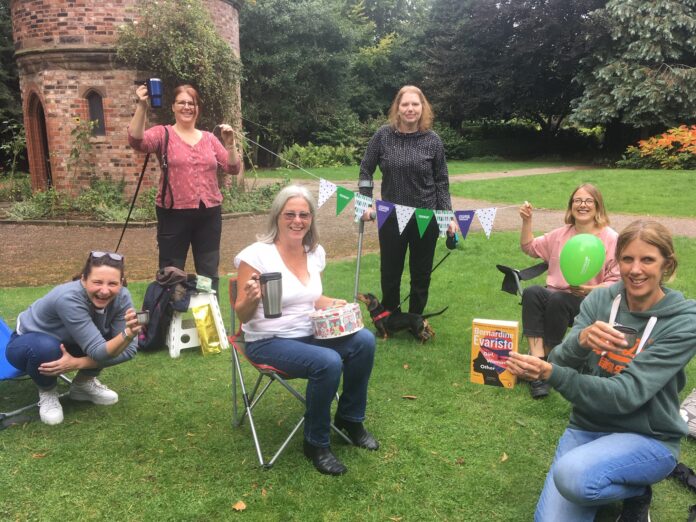 A cancer charity says it’s never needed the support of people in Greater Manchester more, as new figures reveal an expected 77% drop in income from its flagship fundraising event.

This year, figures show the number of people planning to hold a Coffee Morning across the Greater Manchester area has fallen by a staggering 77%, leading to the charity worrying there will be an equivalent fall in money raised.

The picture is similar across the UK, with early figures showing sign-ups are down by around two-thirds (68%)[i]. The £27.5m raised in 2019 is expected to fall to under £8m this year – the lowest amount Coffee Morning will have raised in 11 years[ii].

The charity fears its supporters don’t realise the event is still going ahead – albeit in a new virtual or socially distanced format – and is urging people to find out about the new ways to take part.

Jane Melvin, Macmillan’s Head of Partnerships North and North West England, said: “There has never been a more terrifying time in recent history to receive a cancer diagnosis with disruption and delays to treatment and fears of increased risk of becoming infected with coronavirus.

“A huge 98% of Macmillan’s income is from donations and events like Coffee Morning. While Coffee Morning can’t take place in exactly the same way as before this year, there are still lots of ways to get involved.

“At Macmillan we’re facing a possible tsunami of demand coming towards us this autumn, as the cancer system gets moving again and the backlog of delayed diagnoses begins to be dealt with. Worryingly this increased need for support would come at a time when our fundraised income has dropped significantly.

“We’re facing the hardest year in our 109-year history. It’s no exaggeration to say Macmillan and people with cancer have never needed the public’s help more than we do right now.”

Macmillan is encouraging people to take part however suits them, from having a socially distanced Coffee Morning safely from their doorstep to setting up a virtual Coffee Morning online.

Those who prefer to take part in more active fundraising events can also sign up for the first ever Coffee Morning Challenge, tackling a run, walk or cycle to raise cash.

Meanwhile social media lovers are being urging people to take a selfie raising a mug for people living with cancer, while making a donation.

In Trafford Greater Manchester, members of a book group found a way to stage their annual Macmillan Coffee Morning firmly within Covid-19 guidelines.

The six members met in their local park, Walkden Gardens in Sale, where they ate their own home-made cake and raised a thermal mug to Macmillan while sitting socially-distanced on their camping chairs.