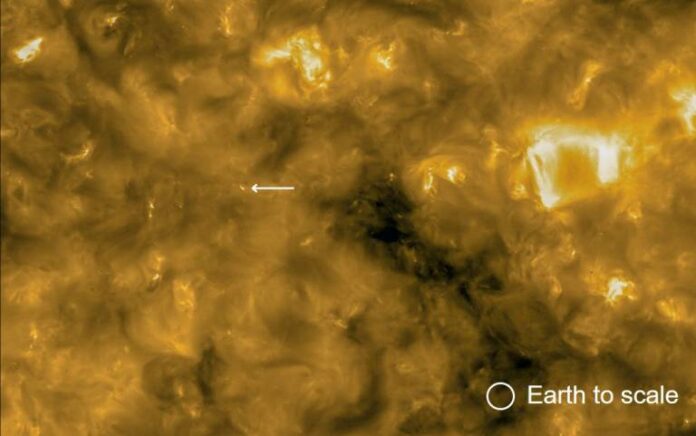 Miniature solar flares nicknamed “campfires”, recently discovered near the surface of the Sun, are about 1,000 to 5,000 km tall and between 1-1.5 million degrees hot, finds a new study.

The study compared data from Solar Orbiter, the Sun-observing mission by ESA and NASA, with observations from NASA’s Solar Dynamics Observatory to triangulate the height of the campfires.

The research was discussed at a Solar Orbiter first results session at the European Geosciences Union general assembly alongside a separate computer modelling study which found that the campfires were likely driven by a process that may contribute significantly to the heating of the Sun’s outer atmosphere, or corona.

Solar Orbiter, which contains instruments proposed, designed and built at UCL, revealed detailed images of the campfires months after launch last year. These were “first light” images from the Extreme Ultraviolet Imager (EUI), a suite of telescopes for which UCL is co-principal investigator and which provide images of the hot and cold layers of the Sun’s atmosphere and corona.

Since then the EUI has revealed more than 1,500 campfires. These short-lived brightenings last for between 10 and 200 seconds, and have a footprint covering between 400 and 4000 km. The smallest and weakest events, which had not been observed before, seem to be the most abundant, and represent a previously unseen fine structure of the region where the heating mystery is suspected to be rooted.

Dr David Long (UCL Mullard Space Science Laboratory), Co-Principal Investigator on the ESA Solar Orbiter Mission EUI Investigation and co-author of one of the two papers discussed this week, said: “With this work, we’ve been able to work out the temperature of these campfires (about 1-1.5 million degrees), and triangulate their height to between 1000-5000 km above the surface of the Sun, the photosphere.

“This tells us that while the loops are hot, they’re lower than expected, and in fact are much hotter than the surrounding atmosphere. These are really exciting results, and show that already we’re starting to see the potential of Solar Orbiter, both by itself and in conjunction with other observatories. I’m really looking forward to the start of the nominal science phase as we get closer to the Sun with all of the instruments working and observing together.”

Dr David Berghmans, Principal Investigator of EUI, said: “To our surprise, campfires are located very low in the solar atmosphere, only a few thousand kilometres above the solar surface, the photosphere.

“It is very early days, and we are still learning a lot about the campfire characteristics. For example, even though campfires look like small coronal loops, their length is on average a bit short for their height, suggesting we only see part of these little loops. But our preliminary analysis also shows that campfires do not really change their height during their lifetime, setting them aside from jet-like features.” 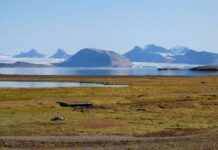 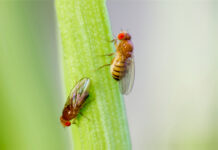 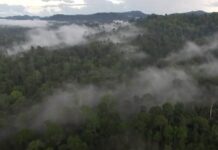 Brazilian Amazon released more carbon than it stored in 2010s 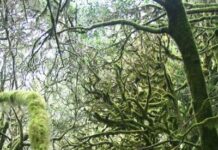 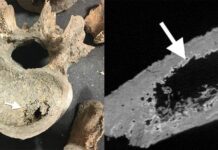 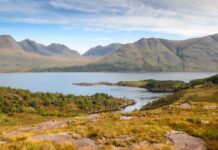 A billion year old fossil, which provides a new link in the evolution of animals, has been discovered in the Scottish Highlands.