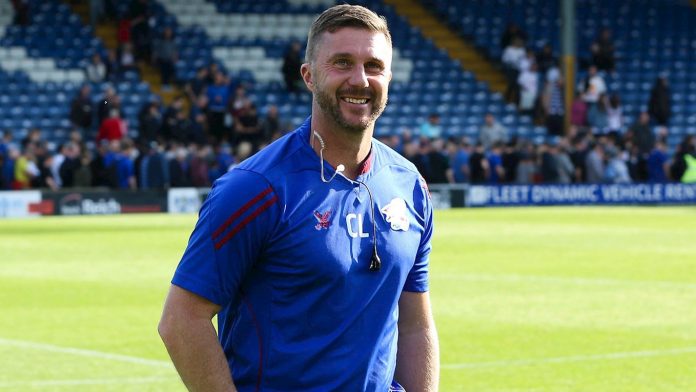 Littleborough born Chris Lucketti started his footballing career with Rochdale as a trainee in 1989, making just one appearance for the Spotland based outfit before he joined Halifax Town in July 1991 on a free transfer. He would go onto to make 86 appearances in all competitions for the Shaymen before Stan Ternent secured his services for the Shakers for a £50,000 fee in October 1993.

Chris would spend the next six years at Bury and was a part of the Shakers side that rose from the bottom of the third division to division one within three seasons, including an appearance at Wembley in the play-off final vs Chesterfield in 1995.

His arrival at Gigg Lane started perhaps one of the most successful stages of the club’s long history as the club enjoyed multiple successes with the redevelopment of Gigg Lane and the clubs meteoric rise to the second tier of English Football. Chris also spent most of his time as a shaker as club captain.

He would go on to make 287 appearances for Bury, scoring ten goals during a six-year spell with the Shakers before being sold for a fee of £750,000 to Huddersfield Town in June 1999 following relegation from Division One. As the Shakers slid back down the leagues, Lucketti was one of several key players departing the club for transfer fees in excess of £3m over that summer.

His career went from strength to strength joining clubs such as Huddersfield, Preston North End, Sheffield United and finally returning to Huddersfield, where he played his last and final game on 22 March 2009 before he left the Terriers in May 2010

During his playing career, which brought 671 appearances and 27 goals, Chris has also commanded transfer fees of just under £2m. His retirement saw him move into coaching with Graham Alexander at Fleetwood Town. The pair served together with Preston North End and had formed a strong relationship whilst at Deepdale. Chris took over the role of Caretaker manager following Alexanders departure until the appointment of Uwe Rosler at Fleetwood Town. Chris then re-joined Alexander, this time as assistant manager at Scunthorpe United.