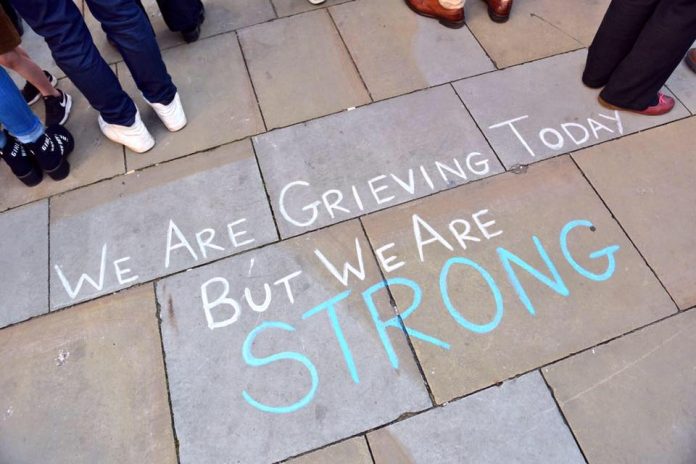 An ex-member of the far-right group Combat 18 who has turned his back on hate, the chair of the review into the 2011 riots, and the North West’s former top lawyer are amongst a panel of experts who will form a commission to tackle extremism and promote a stronger, more cohesive Greater Manchester.

Andy said: “Greater Manchester’s response following the Arena attack was outstanding. Following our darkest hour we came together and showed the world – and each other – that extremists will not win, and that we are stronger than those who seek to divide.

“By setting up this commission, I want to ensure that we don’t lose that tangible sense of togetherness that blossomed in the days and weeks that followed the attack. Defeating extremism in all its forms is one of the greatest challenges our society faces, and it is not going to be easy. It requires us to confront difficult issues, and to hold a mirror up to ourselves in a way that may be painful, but is necessary.

“But if anywhere can do this, it is Greater Manchester.”

The commission will be chaired by Councillor Rishi Shori, leader of Bury council and Greater Manchester Combined Authority’s lead member for young people and social cohesion.

Rishi said: “Defeating terrorism isn’t the job of this commission – it’s the responsibility of us all. But the commission is committed to bringing people together and building a collaborative approach to tackling extremism so that we can make reality our bold ambition of building a stronger, safer and more united Greater Manchester.”

Rishi will be joined on the panel by Councillor Jean Stretton, leader of Oldham Council and GMCA’s lead member for equality, fairness and inclusion. Cllr Stretton will be the commission’s vice chair.

Jean said: “We want to bring communities together to build a coalition of hope that will bring about real and lasting change. It is a daunting task, but one that I believe we can achieve.”

The other panel members are:

Nazir Afzal OBE, the former Chief Crown Prosecutor for the North West and former chief executive of the Association of Police and Crime Commissioners

Saima Alvi, Vice Chair of the British Muslim Heritage Centre, who also works as an RE lead in a local secondary school and has worked within the voluntary and community sector for more than 30 years.

Shalni Arora, an entrepreneur and philanthropist, committed to social change for a better world.

Professor Hilary Pilkington, a social scientist from the University of Manchester with an expertise in youth and radicalisation

Darra Singh OBE, Government and Public Sector Lead at consultancy firm EY, who also chaired the Riots, Communities and Victims Panel which was set up in the wake of the 2011 riots.

The commission will be supported by a group of local authority chief executives, including Manchester City Council Chief Executive Joanne Roney.