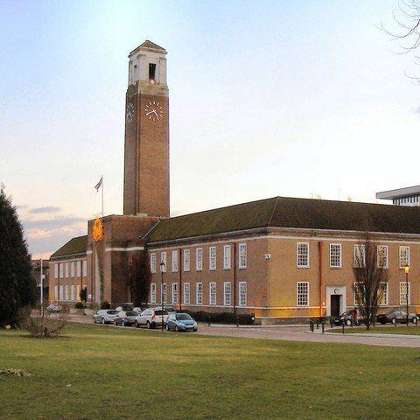 Seven new ‘libraries’, brand new computers and extra opening hours have been given the go ahead by Salford City Council.

It’s part of a £590,000 investment in library services over the next four years.

None of the 16 existing libraries will close, staff will not be replaced with volunteers and library services will be expanded to seven new locations across the city.

“Forty per cent of people coming to our libraries use the computers so we will upgrade every computer and introduce facilities people have asked for, such as charging points and the ability to print from their own devices. There will also be much more support for people who want to learn digital skills.

“Another 40% of users come to Salford libraries just to borrow books. We already have self service technology in 14 libraries for borrowing and returning books. We will extend that to all 16 libraries and the seven service points which will make it quicker and easier for people who don’t need any help while freeing up staff to spend time with those who do.

“We will also be expanding library collections and our reserve and collect service into new buildings, such as leisure centres. One of the new libraries will be at the Helly Hansen Watersports Centre at Salford Quays where thousands of people now live and work.

“These additional leisure and community centre sites will be operated by existing staff and offer additional opening hours each week, with self service facilities available. The plans will expand our opening hours to over 1000 hours per week.

“We have a great network of volunteers who use the libraries as venues for community activities, such as knitting groups. They really add to what the libraries can offer and I hope we can create more opportunities for groups and draw in people who don’t normally use the library through this expansion programme.”

The money from the council’s capital programme will help the council save £1.26 million over four years through better use of technology and by locating services alongside partner organisations.

Salford was the first UK city to launch an unconditionally free, public library in 1850.

500 primary schools across Greater Manchester will receive paperback copies of Bloomsbury Publishing’s The...

11 year old Katie Alexandra Park has been named a regional winner in the...