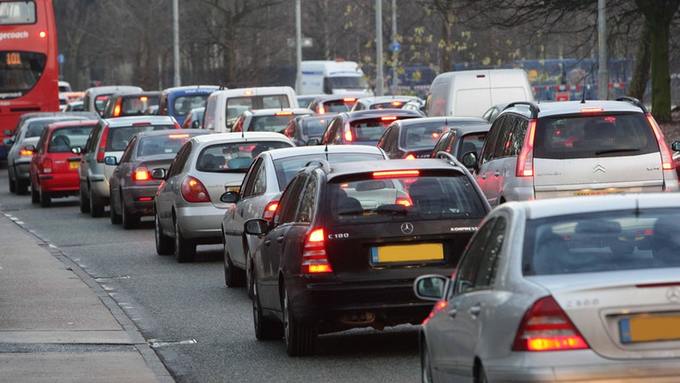 Congestion is a major issue for the city-region, costing an estimated £1.3bn annually and exacerbating air pollution, which contributes to 1,200 deaths a year.

Greater Manchester’s transport authorities have already taken extra steps to try and alleviate the issues faced by drivers. These measures include investing in our highways and public transport infrastructure, providing extra buses from Park & Ride sites, investing in 27 new trams and ground-breaking cycling and walking projects across the city-region and installing a 24/7 control room to monitor and intervene on the road network.

However, the Mayor of Greater Manchester and Leaders do not currently have the powers or access to the required funding to tackle the underlying issues that are causing congestion and delays across the city-region.

The Mayor has today called on Ministers to make key changes and give the city-region’s leaders the powers needed to combat congestion effectively. These powers include giving devolved powers over Highways England to help Greater Manchester coordinate roadworks more effectively and provide more effective customer information.

The Devolution of power to Transport for the North over rail franchises to ensure that future investment is focused on customer need and demand,making certain that the summer of rail chaos is never repeated and bringing forward the Transport Order as quickly as possible to ensure Greater Manchester is able to reform and improve its deregulated bus network.

He is also asking ministers to grant powers to enable better local management of roads, including a lane rental scheme to charge utility companies for roadworks as well as enforcement powers to reduce moving traffic offences (such as drivers blocking yellow box junctions) and  powers to make it easier to control obstructive pavement parking and a central point of management of the key route network for the city region.

He has also asked for national legislation to protect local standards for taxis, ensuring consistent customer standards and safety.

The Mayor’s call comes weeks after the National Infrastructure Commission called for powers and increased funding to be devolved to Mayors in order to “give the people who know their cities best the tools they need to improve urban transport”.

Cities such as London, New York, Madrid and Berlin already have these types of powers and resources. If Greater Manchester were given these powers, it would free up valuable police resource and also enable the city-region to tackle congestion.

“It’s also affecting the quality of the air we breathe, which is a major public health issue, contributing to 1,200 deaths a year.

“We’ve been tasked by the Government to deliver a Clean Air Plan which tackles congestion and reduces air pollution, but we cannot deliver this plan without further powers and funding over a range of areas including roadworks, highways and rail.

“Major cities including London, Berlin, Madrid and New York all have these powers, but Manchester lags behind, so I’m calling on Government to give us these powers now and fulfil its promises to the North.”