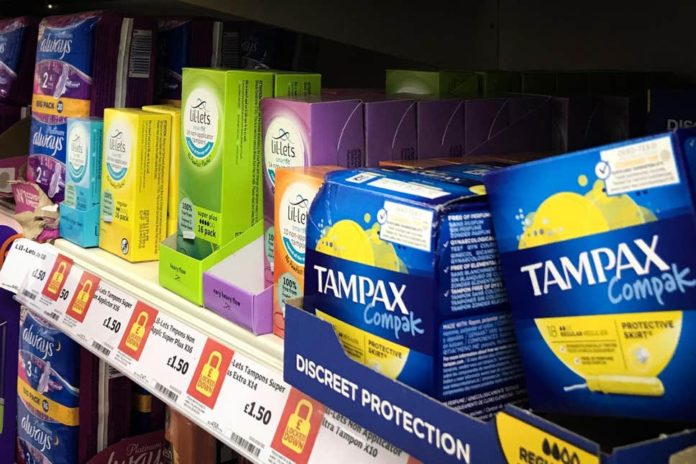 The tampon tax will finally be scrapped from the start of next year, the Chancellor is expected to announce in this week’s budget.

It’s a cause for celebration for Laura Coryton and her 300,000 supporters, who have campaigned tirelessly since Laura started her change.org petition in 2014.

Laura was able to celebrate a milestone in 2015 when the Government agreed to divert revenue raised from the 5% “luxury” tax on women’s sanitary products to women’s charities until the UK could change tax laws after leaving the EU.

She’s since held the Government to account on its promise to scrap the tampon tax “as soon as legally possible” by starting a second change.org petition.

Responding to the news that the tampon tax will finally be scrapped, Laura says:

“The Government will finally end the tampon tax! This is amazing and such a cause for celebration. So many people have been campaigning about this for generations and finally we’re being listened to.

But that doesn’t mean that the fight is over. We’re still having to talk about tampon tax until the deadline that the Government has just set is reached in December 2020 – and we won’t stop talking about the tampon tax until supermarkets respond by lowering their prices.

Thank you all so much to everyone that’s campaigned with us.”

“Laura’s victory is a huge milestone in making life fairer for women and girls in the UK. Her campaign proves that when you give women the tools to have their voice heard, they’ll make change happen.

Since Laura’s campaign we’ve seen a movement of petitions started on change.org to tackle injustice and stigma around periods. Just a few months ago Amika George also won her change.org campaign for the Government to introduce free period products into schools. And Ella Daish’s campaign to scrap plastic in period products has pressured retailers including Sainsbury’s to take action including.

Cost of Bus Franchising Scheme could double according to bus operators