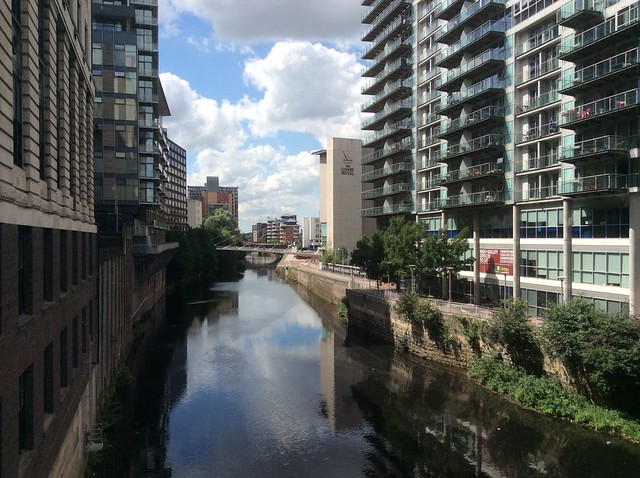 As the Conservative Party gathers in Manchester for its Annual Conference, the Greater Manchester Chamber’s latest Quarterly Economic Survey, completed by over 500 businesses, could make for uneasy reading as the results show significant slowdowns in sales and orders and reduced business confidence with overall activity levels showing a marked decline for the second time this year.

The survey reveals a fall in both domestic and overseas demand for all three sector groups – Construction, Services and Manufacturing in the second half of the year with worries that further uncertainty and lack of clarity around Brexit and the future UK-EU trade arrangements could lead to an additional loss of momentum.

The survey which is one of the longest running in the UK going back more than thirty years, finds long term confidence in the Greater Manchester Economy is still strong but in the short term, businesses are less confident in revenues and profits.

Forward orders for Construction are worryingly down, the cranes around the City Centre give a false impression of the market.

In manufacturing stockpiling ahead of the first Brexit deadline helped boost production earlier in the year but cash flow and storage costs will prevent that happening ahead of the 31st October and forward orders are at their lowest for four years.

Demand for Labour is weak, the usual recruitment drive over the summer months did not happen and 80-90 per cent of firms surveyed say they face recruitment challenges if Brexit happens.

Subrahmaniam Krishnan-Harihara, Head of Research at Greater Manchester Chamber of Commerce, said: “The postponement of the Brexit deadline from March 31st brought short term relief to businesses in Q2. With an October deadline fast approaching and no resolution in sight, the short-term outlook is negative. The heightened risk of a cliff edge in the event of a no-deal Brexit and sustained general uncertainty surrounding Brexit will continue to be a drag on investment and trade. It is hardly surprising that business have chosen to hold back on investment and recruitment because they are seeing both domestic and overseas demand falling.

“Exchange rates continue to fluctuate and Sterling touched very low levels relative to the US Dollar and Euro in August. A falling Sterling may put further pressure on businesses and consumers because of possible increases in the value of imported raw materials.

“Despite continuing fears over Brexit, the fundamental conditions for trade and investment have not changed and Greater Manchester remains a very attractive destination for business investment.  Long-term confidence in Greater Manchester remains stable and both employment and wages have grown in the last few quarters. If the current impasse over Brexit is broken and the Government provides a clear way forward for a robust trading partnership with the EU, there is likely to be quick turnaround to a growth trajectory.”