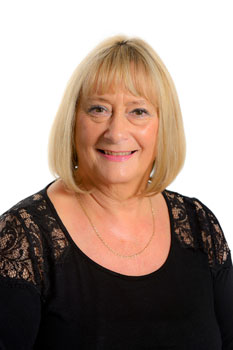 Tameside Council has confirmed the appointment of Brenda Warrington as the local authority’s first ever female leader.

Cllr Warrington also becomes the first female Chair of the Greater Manchester Pension Fund in its 95-year history. At £23 Billion it’s the largest Local Government Pension Scheme in the UK.

The Denton West councillor’s selection was approved at an ‘extraordinary’ council meeting yesterday.

Councillor Warrington was elected by a resounding majority as Leader of the ruling Labour group at the weekend.

She is proud to become the third female council leader in Greater Manchester.

Cllr Warrington said: “I’m quite excited about the prospect though I’m not here because I’m a woman – I’m a person who was elected to do the job and I happen to be a woman.  I hope that more and more women are able to achieve senior positions and top jobs.

“I’m not afraid of hard work and to tackle the difficult issues and I care about people, particularly those who are more vulnerable.”

Cllr Warrington replaces Cllr Kieran Quinn, who sadly passed away on Christmas Day at Tameside Hospital.  Cllr Quinn, who had been Tameside Council leader for seven years, collapsed on December 23, while delivering cards in his Droylsden East ward.  He was laid to rest on January 22 after a requiem mass attended by more than 600 people.

Cllr Warrington wants to continue Cllr Quinn’s legacy while implementing her own ideas.

She said: “It’s tinged with sadness.  Nobody would have ever anticipated such a tragic and sudden death.  But the world continues and we have to go ahead with the business of electing a new leader.

“Kieran was an absolutely superb leader.  He had lots of energy and good ideas, was innovative, passionate and a hard worker.  He didn’t expect anyone to do something he wasn’t prepared to do himself and I admired that in him.  He was the ultimate politician and I believe he would expect us to follow his example and continue his good work and do the very best for Tameside.

“I want to follow in making Tameside a better place but I know that I will have ideas of my own and may be different in how I go about it.  I will try to ensure that all the councillors are as involved as they can be in any changes going forward.  We have to involve people and utilise the skills that exist.  I’m always happy to listen to people’s views and ideas.

“I’m up for the job and prepared for the responsibility and I have got very good colleagues and councillors working with me.  Working together we will continue to strive to make Tameside a good and healthy place to live and improve the lives of residents.

“I want to ensure that the projects already in play continue to conclusion, such as Vision Tameside and the Wellbeing Centre in Denton, which will shape the neighbourhood footprints within the health and social care agenda.”

An urgent priority is to ensure the business of running the council continues uninterrupted following Carillion’s liquidation and to support their former staff.

Cllr Warrington was first elected in 2002 and became executive member for Adult Services in 2008.  She has served as the council’s lead member for Health and External Relations and Scrutiny as well as being chair of the Personal and Health Services Scrutiny Panel.

Cllr Warrington will continue to serve as executive member for Adult Social Care and Wellbeing as well as leader.

Under that role she was responsible for the integration of health and social care and merging the council and Tameside and Glossop CCG.

She added: “I will still keep that brief as leader as I want to finish what I started.”