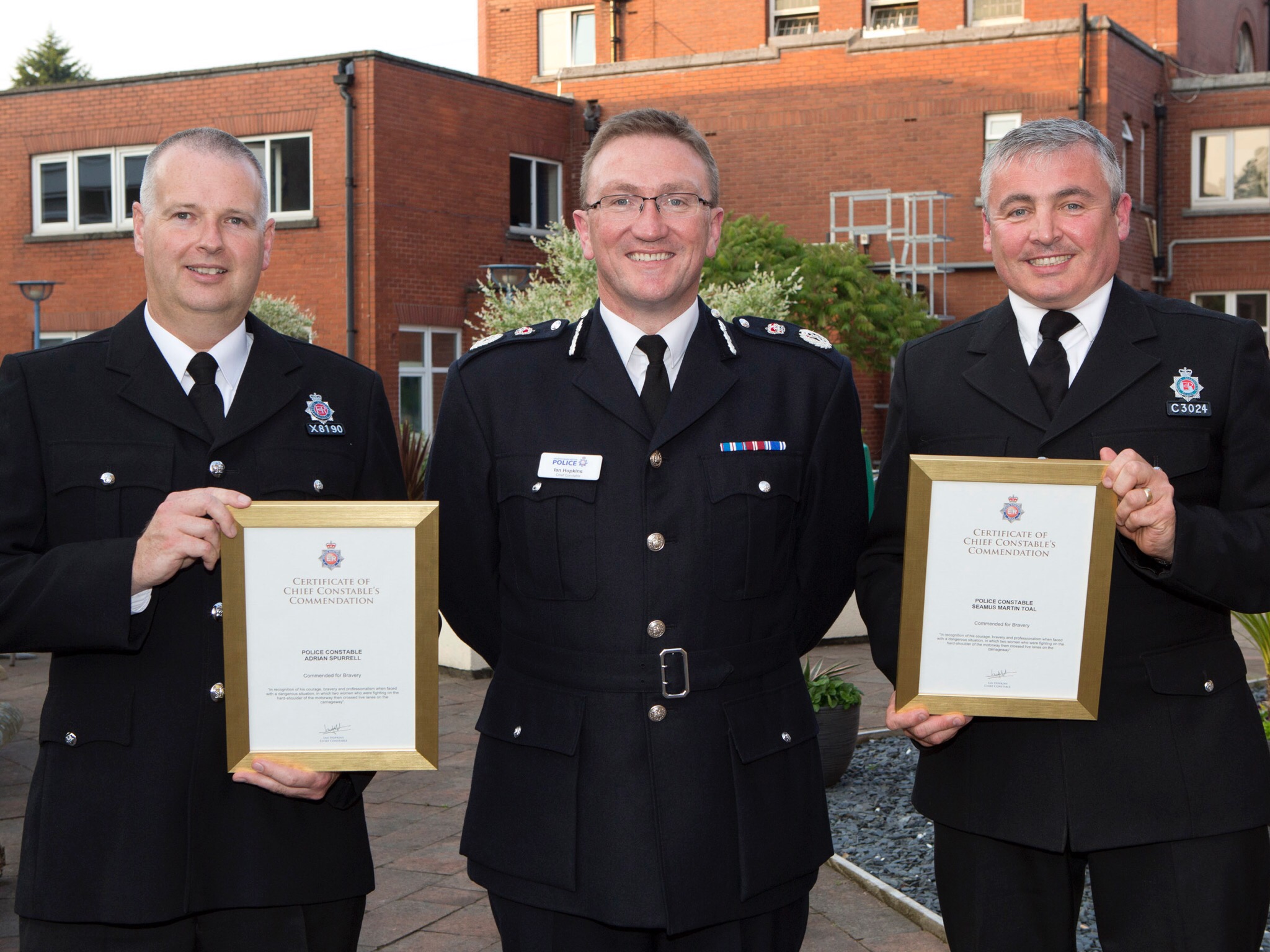 Back in March, PCs Adrian Spurrell and Seamus Toal responded to several calls from the public about two females seen arguing on the hard shoulder of the M60.

The two women were located on CCTV with one of the females running perilously close to a live lane of traffic which was being used by a number of high speed vehicles.

Having located both females, who were now attempting to cross all three lanes of the busy carriageway, PCs Spurrell and Toal rushed to get them both out of harm’s way.

PCs Spurrell and Toal were commended at a ceremony at GMP’s Sedgley Park in June.

PC Adrian Spurrell has served with the Force for 23 years, the last 15 as a Traffic Officer. Speaking about his commendation, Adrian said: “On a personal level I feel very proud to be recommended for this award.

“Although it was a dangerous situation, good planning, teamwork and communication were the key to bringing about a safe conclusion for all parties.”

PC Seamus Toal, who has worked for the Force for over 18 years, said: “I feel embarrassed as we did not think it was anything special, we just deal with what is put in front of us.

“It’s nice to get an appreciation for the work we do. It was nice for my wife and children, who attended the ceremony, to have our picture taken with the Chief Constable. However, it was also tinged with sadness as my father was due to attend too but sadly passed away the week before.”

Throughout the year GMP’s Chief Constable gives out commendations to members of the public, staff and officers for their outstanding contribution to the local community.

Chief Constable Ian Hopkins said: “PC Spurrell and Toal acted in the most professional manner, putting the safety of pedestrians and other road users first.

“Their bravery and quick thinking prevented what could have been a serious incident or multiple fatalities. The work from all involved undoubtedly saved lives and they are a credit to the Force and communities of Greater Manchester.”

Two members of the public receive bravery awards for their actions at Victoria Station...

Memorial stone to PC’s Bone and Hughes is laid