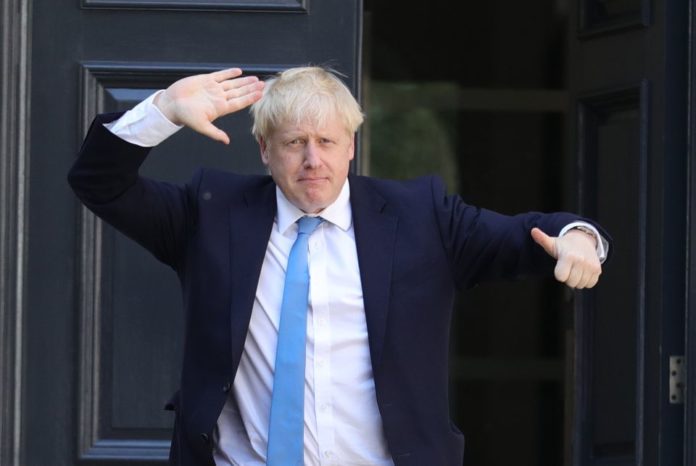 Boris Johnson has hit the ground running after accepting the office of Prime Minister from the Queen this afternoon.

It is the biggest clear out of a cabinet without a change of the party in power.

“Goodbye Chris Grayling. You will go down in history as the worst Transport Secretary of all time. Your legacy is incompetence, wasting billions of pounds and putting private profit ahead of the intetests of taxpayers and the travelling public.”

Sajid Javid has been appointed Chancellor of the Exchequer, Priti Patel is the new Home Secretary while Dominic Raab is the new Foreign Secretary.

Johnson in the steps of Downing Street said ‘the buck stops here’ as he listed a raft of domestic policy measures on social care, education, crime and the NHS that he wanted to implement as quickly as possible.

Ben Wallace, the Home Office minister and a longstanding Boris Johnson ally, has been made defence secretary while  Michael Gove, the environment secretary, has been made chancellor of the Duchy of Lancaster.