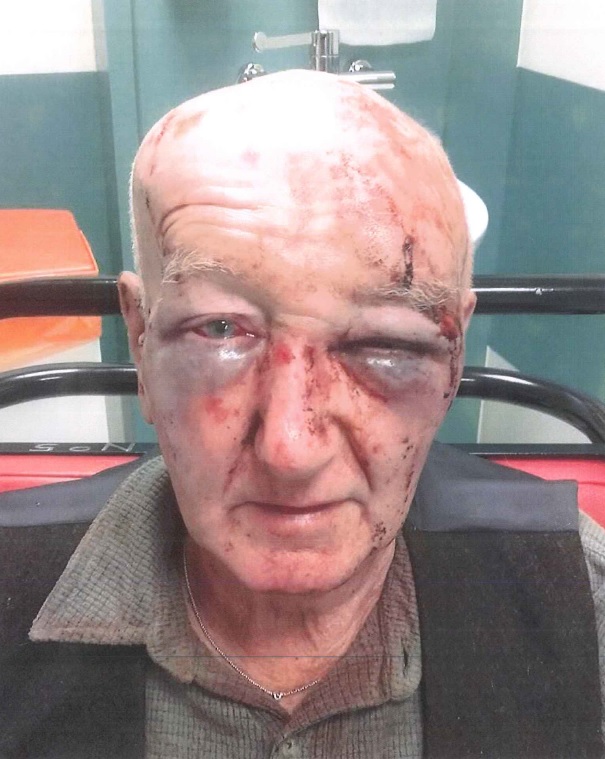 At around 10.45pm on Saturday 2 July 2016 70-year-old Derek Laidlaw saw a man urinating against the wall of his partner’s house in Failsworth.He asked him to stop but the man punched the victim to the face before pinning him against the wall where he continued to punch his head and face repeatedly.Derek collapsed on the floor where the attack continued.

Another man, who was passing, pulled the attacker away from Derek and the attacker fled towards Kew Road, Failsworth. Officers have issued a description of a man they would like to speak to in connection with the assault.

He is described as white, of a stocky/muscular build and in his late 40s or early 50s. He has dark hair with dark eyebrows and was wearing dark clothing.

Detective Constable Kelly Bragg of GMP’s Oldham borough, said: “This is a horrendous act of brutality that has left a man with severe injuries to his face. I’m hoping that by issuing this photograph, people will see the true extent of Derek’s injuries and want to work with us to bring his attacker to justice. If anyone knows a man fitting this description, who may have been in the area at the time, please get in touch with us.”

Anyone with information should contact police on 101 or the independent charity Crimestoppers, anonymously, on 0800 555 111