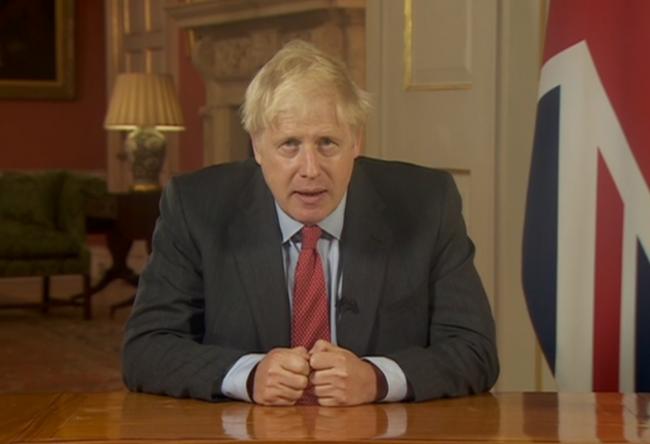 Boris Johnson has called on the nation to “summon the discipline and the resolve” to get through the “unquestionably difficult” winter together as he told the public to expect six more months of Covid restrictions.

In his televised address to the country, The Prime Minister said the UK is better prepared to deal with the second wave of coronavirus, but still called on Britons to “summon the discipline, and the resolve, and the spirit of togetherness that will carry us through” this second spike.

“with all the suffering that would entail – I must tell you that this is just not realistic, because if you let the virus rip through the rest of the population it would inevitably find its way through to the elderly as well, and in much greater numbers.”

“That’s why we need to suppress the virus now, and as for that minority who may continue to flout the rules, we will enforce those rules with tougher penalties and fines of up to £10,000.“

We will put more police out on the streets and use the army to backfill if necessary.

Meanwhile it is being reported that England is likely to have to follow Scotland in imposing a ban on visiting between households, Boris Johnson has been told by his chief medical officer.

Chief medical officers from all four home nations met on Monday to agree advice to their respective governments reports the Times.

It is understood that Professor Whitty concurred with his Scottish counterpart, Gregor Smith. Northern Ireland has also banned people from visiting each other’s homes.

Inspirational Oldham mum will be starting Manchester’s race for life