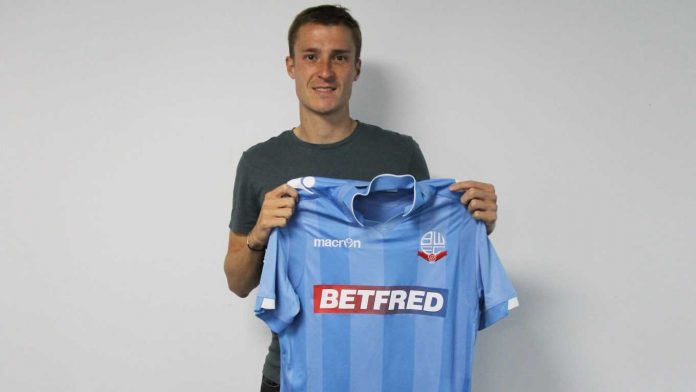 Bolton Wanderers have confirmed the signing of Stephen Darby on a two-year deal.

The 28-year-old was last on the books of Bradford City, and will be reunited with former manager Phil Parkinson at Macron Stadium having spent the past five years with the Yorkshire side.

Born in Liverpool, the defender started his career at Anfield and was part of the Liverpool youth team that won back to back FA Youth Cups in 2006 and 2007.

During his time with the Premier League outfit, he enjoyed loan stints with Swindon Town, Notts County and Rochdale before moving permanently to Bradford City in 2012.

And after departing the Bantams earlier this summer, Darby has now linked up with the Whites ahead of their return to the Sky Bet Championship.

Speaking to bwfc.co.uk after completing the move, Darby said, “I’m delighted to sign for Bolton Wanderers. It is such a big club and I can’t wait to get going.

“I’m really pleased that everything is sorted now and I’m looking forward to joining up with the lads ahead of an exciting season.”

Whites manager Phil Parkinson, added, “I’m pleased with the signing of Stephen who is a player I have worked with previously.

“He is a good character and is a great addition to the squad for the season ahead.”