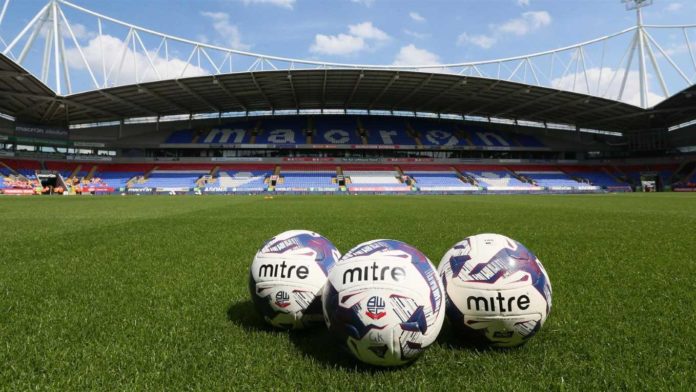 Goals in either half from Luke Murphy and Daryl Murphy saw Bolton Wanderers claim a memorable victory against Bristol Rovers at the Memorial Ground.

Bouncing back in fine fashion following Saturday’s defeat at the hands of Rochdale, Wanderers put in a solid performance to pick up their first win of the campaign.

Luke Murphy put the visitors in front after a quarter of an hour before his namesake Daryl Murphy confirmed the victory deep into the second half to ensure the maximum points headed back to the North West.

Manager Keith Hill told BBC Radio Manchester: “We got a deserved result, not just from tonight’s performance, but for the effort the players have put since we all came together.

“There’s not been one moan or groan from the players. We’ve known it’s been difficult for us to get results, and in adversity we’ve done really well tonight.”

An early goal from Callum Camps, followed by a second-half Ian Henderson header, ensured Rochdale picked up their third win in as many games at the Crown Oil Arena on Tuesday night against the MK Dons.

Salford boss Graham Alexander was ‘delighted for everyone’ after his team held on for a 2-1 win at Mansfield Town on Tuesday night.

The Ammies’ third win in four games came courtesy of goals from Jake Jervis and Adam Rooney, who assisted one another in the first 20 minutes of the second half.

Stags top scorer Nicky Maynard pulled a goal back with 13 minutes to go and there were a couple of late scares, but Salford clung on and defended valiantly to take three points which take the team up to 15th in Sky Bet League Two.

Oldham  picked up all three points against Walsall at Boundary Park as goals from Scott Wilson and Desire Segbe Azankpo sealed the win.