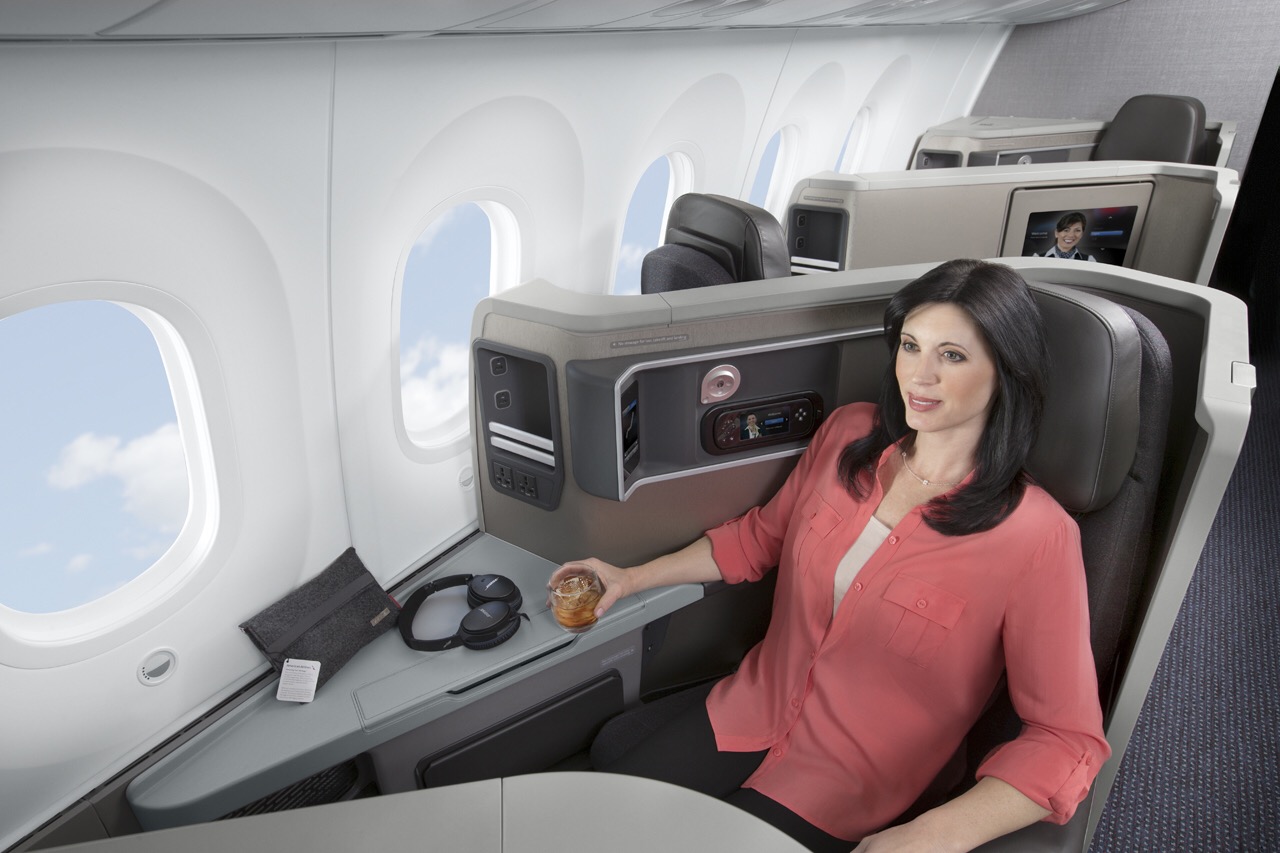 American Airlines customers will enjoy an upgraded travel experience when the world’s largest airline introduces the newest addition to its fleet, the Boeing 787-8 Dreamliner, into service from Manchester Airport (MAN) to Chicago O’Hare International Airport (ORD).

American’s 787-8 features a state-of-the-art onboard experience including satellite Wi-Fi to keep customers connected while travelling, as well as higher humidity and pressurization, leaving customers more refreshed after their flight. The aircraft is configured with 28 fully lie-flat Business Class seats, each with direct-aisle access.

There are an additional 55 Main Cabin Extra seats with extra legroom, and 143 Main Cabin seats. Every seat has a touchscreen monitor equipped with up to 260 movies, 240 TV shows, 13 radio channels, 350 albums and 20 games, along with universal AC power outlets and USB compatibility.

This year American celebrates 30 years of operating from Manchester, having begun with service to Chicago in April 1986. Today the airline employs nearly 40 staff at the airport and offers daily flights to New York’s John F. Kennedy Airport (JFK) and Philadelphia International Airport (PHL) in addition to Chicago.

“Upgrading our Chicago flight to the 787 underpins the importance of the Manchester market to American, and is a fitting way to celebrate our 30th anniversary in the Northwest,” said David Thomas, Director, Sales UK & Ireland at American Airlines. “Serving Manchester, along with our joint business partner British Airways, is crucial to maintaining our strong competitive position in the UK.”

Stephen Turner, Commercial Director at Manchester Airport said, “We are delighted that American Airlines is bringing the 787 Dreamliner onto their Chicago route in their 30th year of operations from Manchester Airport. I am sure our 23m annual passengers will appreciate the upgraded experience and the additional choice of service available on-board.”

When connecting through American’s Chicago hub, customers have access to more than 120 destinations across the U.S., Canada, the Caribbean and Latin America. American has two Admirals Club lounges and a Flagship Lounge located at the airport.