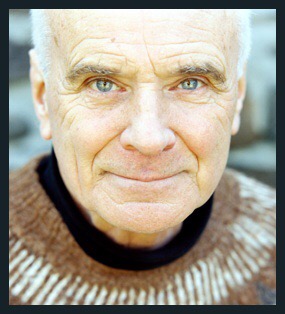 Salford born composer Sir Peter Maxwell Davis has died at the age of 81 from leukemia,  it has been announced.

One of the foremost composers of our time, Sir Peter Maxwell Davies made a significant contribution to musical history through his wide-ranging and prolific output. He lived much of his life in the Orkney Islands off the north coast of Scotland, where he wrote most of his music.

In a worklist that spans more than five decades, he wrote across a broad range of styles, yet his music always communicates directly and powerfully, whether in his profoundly argued symphonic works, his music-theatre or witty light orchestral works.

Born in Salford on the 8th September 1934, he attended Manchester College of Music (now Royal Northern College of Music) where he was part of the so-called Manchester School with contemporaries Harrison Birtwistle, John Ogdon, Elgar Howarth, Richard Hall and Alexander Goehr. He later secured a Fellowship at Princeton where he studied with Roger Sessions and Milton Babbitt. The 1960s were an especially formative decade, establishing him as a leading contemporary musical figure.

In 1971 Sir Peter moved to the Orkney Islands, the place which would be his home for the rest of his life. The landscape and culture had a deep impact on his music and in 1977 he founded the St Magnus Festival, an annual event with Orkney residents at its heart.

Sir Peter had a lifelong commitment to community outreach and education, writing much music for young people; his children’s opera The Hogboon will receive its world premiere in June 2016 with Sir Simon Rattle and the LSO at the Barbican. His keen sense of social responsibility was threaded through many of his works, touching on major issues such as war, the environment and politics.

Sir Peter also was one of the founder patrons of The Lowry, alongside Salford actors Albert Finney, Robert Powell and Ben Kingsley and artist Harold Riley.

“Max, as he was known, was always a pioneer and visionary, always willing to push the boundaries musically and creatively. He saw that the arts could be used as a catalyst to revitalise Salford Docks by creating one of the finest theatres and arts complexes in the country and worked alongside other proud Salfordians and Salford City Council to make that happen,” said Salford Mayor Mr Stewart.

Sir Peter held the post of Master of the Queen’s Music from 2004–2014. He was knighted in 1987 and made a Member of the Order of the Companions of Honour in the New Year 2014 Honours List. In February 2016, Sir Peter was awarded the Royal Philharmonic Society Gold Medal, the highest accolade the society can bestow, in recognition of outstanding musicianship.

‘Our broken economic system works for few at expense of many.’