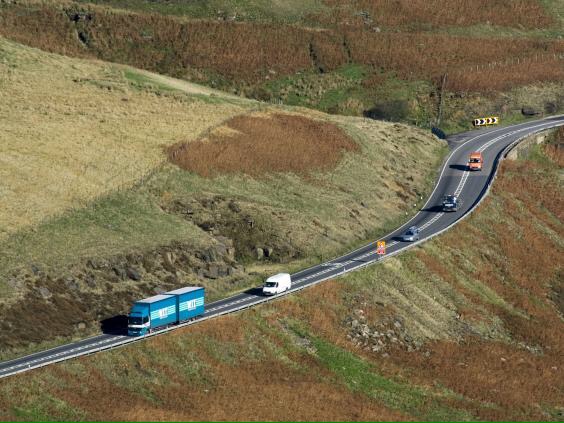 The Chancellor is set to announce funding for both the TransPennine road tunnel and HS3 rail line linking Manchester and Leeds in tomorrow’s budget.

George Osborne will announce a £75m feasibility study into the planned £6b link between Sheffield and Manchester which would include a tunnelled section of around 18 miles, making it one of the longest road tunnels ever built.

The planned announcement follows a report into the feasibility of the tunnel published by the Transport Department in November found “positive” signs for how it could boost the economy and suggested the road would help divert traffic away from Peak District national park.

The report also suggested that the link could result in increased productivity of up to £421m a year.

The final report looking at the transport, social, economic and environmental aspects of the scheme will be produced in October 2016.
Osborne will also announce £60m to take forward HS3 between Leeds and Manchester and develop detailed plans to reduce journey times towards 30 minutes.

Both schemes are a major boost for his Northern Powerhouse project, which has come under renewed criticism in recent months.