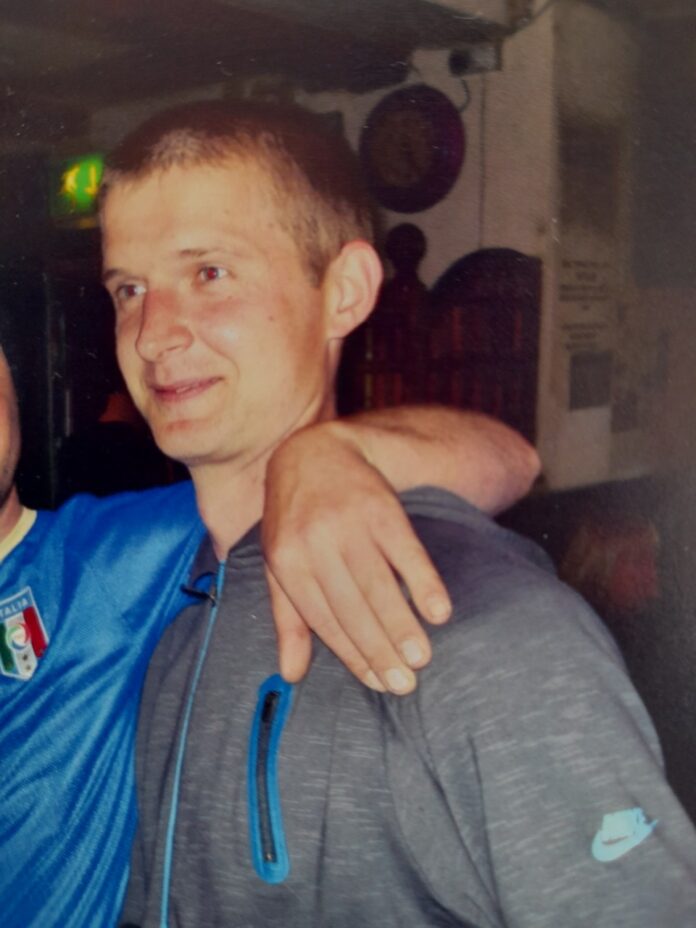 The body of a man who was murdered in Greece has arrived back home in Manchester after a legal battle by his family and Fletchers Solicitors.

Lee Robinson was tragically murdered on the streets of Athens in 2018. His family, back in Manchester, were only told of his death 16 months later, after a DNA match on the Interpol database.

His distraught family, who thought he was still alive and living in Athens, were heartbroken to know that they had been getting on their lives while Lee had been buried as an unidentified person, as he had no identification on him when he was killed.

His family had no idea where to turn but the Foreign Office put them in touch with Victim Support who work closely with Fletchers Solicitors, and were able to start working on the legal aspects of repatriating Lee back to his family. His body was flown back to Manchester earlier this week and his family is now preparing for a funeral.

Lee, who was 41 at the time of his death, had been sleeping in hostels and on the streets of Manchester on and off for a few years after suffering a breakdown. His Dad, sister and two brothers had all tried to help him but Lee was an independent character and sister, Shelley, believes that he didn’t want to burden the family.

In August 2015 he was found living in a hostel and brought home, but by October he had gone missing again. In December 2015, the family opened his bank statements and could see that he’d bought flight tickets to Corfu. They alerted the police and were told that despite him being on the missing persons register, he had been able to board the flight.

Shelley said: “We had no idea where to start or even if he’d want to be found, it was a very confusing and distressing situation. Having no contact with him for five years destroyed us but the authorities could only do so much to help because he was an adult who’d gone of his own free will. He spent the last bit of money he had on the flight – it was like he’d given up and needed to start fresh. We thought he would be ok and would get in touch with us when he was ready.”

In May 2020, the police turned up at Shelley’s house to tell her that they’d found Lee. He had been stabbed to death in a random attack as he slept in an unused building used by homeless people. A 32 year old man confessed to killing him and is now in a psychiatric hospital.

Shelley added: “The police told me they had some bad news. As soon as they said it was about Lee and gave us the details of how he’d died it was devastating.

“The worst thing was finding out that it had happened so long ago, knowing that he had passed away all that time and we had been getting on with our lives oblivious. It was just horrendous. We’ve been grieving from day one and after a long struggle to find out more details about the circumstances we discovered that a court case had already taken place. This was overwhelming and very traumatising for us all.”

The family was in close contact with the Foreign Office who kept mentioning Victim Support to Shelley.

Shelley said: “I wasn’t sure if I wanted to get in touch with them as I had no idea what Victim Support offered and just presumed  they were some sort of counselling service, but it was the best thing I’ve done. They started us on the right track in getting some answers and providing practical help. They put me in touch with Fletchers who have been great in sorting everything out for us.”

Mike Hagan, travel litigation solicitor at Fletchers, has been working with a Greek solicitor, George Moschos of Pavlakis Moschos Associates, to repatriate Lee. Because Lee was unidentified when he was found & buried, the death certificate was not in his name. Getting a new certificate issued was just one of a number of legal hurdles that had to be overcome by Mike and the lawyers in Greece. The certificate has now been issued and earlier this week Lee’s body was repatriated and is now in a funeral home in Manchester.

Mike said: “This is a tragic case, and the family have been left utterly bereft by Lee’s murder. The fact that he was buried, in an unmarked grave, only made their already terrible loss more painful. We are glad to be assisting the family to obtain some measure of comfort, in being able to bring Lee home and have a burial for him, in his homeland, at which his friends and family can properly grieve and say goodbye.”

Shelley added: “We did everything we could to help Lee but I think that’s why he went abroad, because he didn’t want to trouble us any more. Even with a supportive family, it’s not always enough to help people out of these situations.

“Lee was very funny, eccentric and great to be around. He had such a good sense of humour and was well known to lots of people, but he felt misunderstood and struggled to get close to people. He was an absolute star and everyone, especially his family loved him, if only he knew how much.”

Watch as Police in Ormskirk raid a student party with over 30 people at...