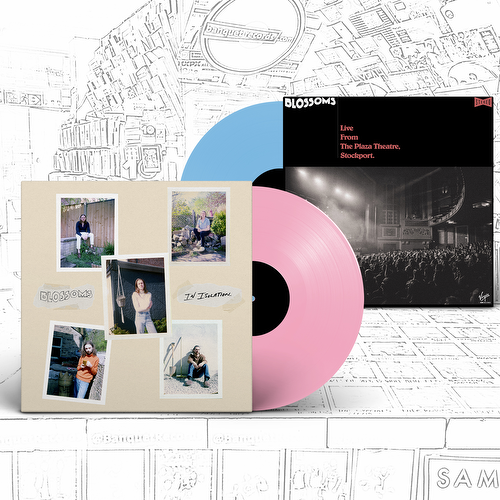 Blossoms have confirmed the physical release date for their upcoming In Isolation/Live From The Plaza Theatre, Stockport double album as being 23rd October.

The In Isolation side of the double album features a collection of tracks recorded by the band over the last few months in isolation, including re-worked takes on their own songs and a number of cover versions.

The album also features some very special guests including Courteeners’ Liam Fray on a version of Please Don’t, The Coral’s James Skelly on a version of Dreaming Of You and Miles Kane on their Tame Impala cover The Less I Know The Better. Live At The Plaza Theatre, Stockport, features a full live set from the band’s ‘Foolish Loving Spaces’ album launch show on 11th February at Stockport Plaza.

The band recently re-scheduled their postponed UK tour dates that were moved back due to the ongoing coronavirus pandemic. The gigs will now be in March and April 2021.

They play the Manchester Arena on the 3rd April 2021

Eat loads and you don’t put on weight? It might be down to your...

The evolution of the commercial kitchen