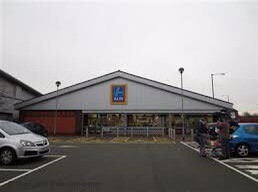 The bleach was thrown at a man and a woman, walking near to Aldi on Ashton Old Road in Openshaw by someone in a passing car.

The bleach hit them in the eyes and caused severe discomfort however luckily it is not believed there will be any lasting damage.
The car was going in the direction of Audenshaw.
Shortly after this, at 8.30pm police received another report that a passenger in a silver Ford Fiesta had thrown bleach at a man walking down Ashton Old Road. The man had witnessed an egg being thrown at another pedestrian by the person in the car shortly before.

The bleach was thrown at the man’s back. Luckily he sustained no injuries, however his clothing was stained.
Inspector Cherie Dunn from GMP’s City of Manchester division said: “I am so thankful that none of the victims of these senseless attacks have been seriously injured. We could easily have been dealing with life changing injuries. Not only that, the woman is pregnant, the worst case scenario does not bare thinking about.
“We are keen to speak to anyone who knows anything about these incidents as soon as possible.

“Attacks of this kind are incredibly rare in Greater Manchester, but we have heard about similar attacks in the media this week.
“Anyone thinking that throwing bleach at people is funny or that a crime like this does not have consequences couldn’t be more wrong.
“The victim’s here were lucky. Bleach attacks could have had catastrophic consequences. We are treating this incredibly seriously.”