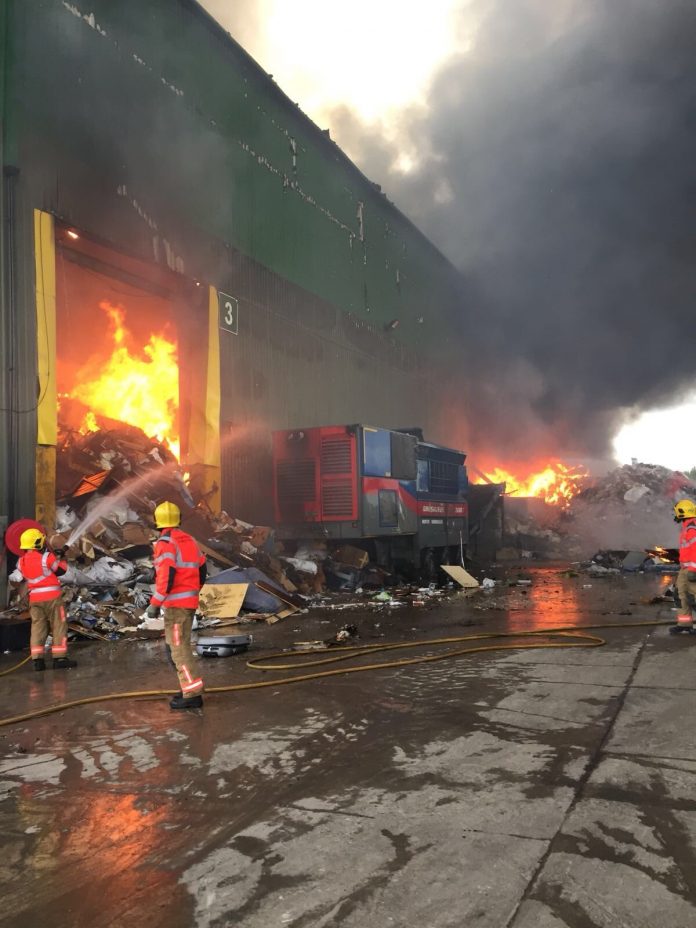 Firefighters have been tackling a blaze at a large recycling plant in Salford.

The fire broke out at around 5.30pm at the site on Fredericks  Road and at its height 50 firefighters were fighting the blaze with several roads closed in the area.

The latest update  from the scene in Salford by Incident Commander, Tony Bryan said:

Crews have done a fantastic job in containing the fire and reducing fire spread. Firefighters will continue to work into the night to tackle blaze.