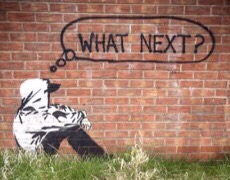 University of Salford researchers working on a national study say the system of sanctions and support integral to much UK welfare have left some resorting to crime and using food banks.

The Salford academics are partners in theongoing WelfareConditionality: Sanctions, Support and Behaviour Change research project, acollaboration of six English and Scottish Universities that is led by theUniversity of York. The team has interviewed 480 welfare service users from 10locations across England and Scotland, as well as civil servants, MPs and thirdsector organisations.

The team at the University of Salford arepresenting the first wave of findings at an event attended by policy makers and practitioners at Salford’s MediaCityUK campus on Friday June 17.

As part of the study, Dr Lisa Scullion,Reader in Social Policy, and Research Fellow Katy Jones have interviewed 33people from across Greater Manchester who have conditions attached to theirbenefits.

These detailed interviews with the claimantsincluded asking them about how sanctions have affected their lives, whetherthey felt they had been supported, and whether or not they felt that attachingconditions to benefits was ethical.

Dr Scullion said those interviewed in GreaterManchester reflected the picture they were seeing nationally in the research.She said: “We’ve interviewed people who have been sanctioned and the impactshave been profoundly negative.

“Some of them have told us they’ve had to goto food banks, and we’ve spoken to people who have said that they’ve had toresort to crime in order to survive. It has affected people’s mental health,and it has an impact on their children”.

Dr Scullion went on to raise concerns aboutthat the current balance in the system appeared to be tipped towards sanctionsrather than support, saying: “A lot of people we have spoken to broadly supportthe principle of conditionality.

“However, they have raised concerns about howappropriate it is to apply sanctions, sometimes in cases where they have beenfive minutes late for an interview – so there are some big questions about theproportionality of the system.

“There is also a huge variation in the levelof support people have received, which often comes down to which job centrethey attend, and even which adviser they are allocated. Often the supportpeople receive is actually coming from third sector organisations”

One participant who was claiming UniversalCredit had mixed up their appointment cards and arrived at the Job Centre atthe wrong time: “It was a genuine mistake but I’d still gone in that day, it’snot as though I hadn’t turned up or anything. So I rang up straightaway, Iexplained my situation and like I say it was generally just daft, but it was a mistake,an innocent but stupid mistake, we all make mistakes but I still did turn upand I got a sanction for a week.”

Dr Scullion stated that the research was alsoshowing that conditionality could be counter-productive, saying: “Ourinterviews suggest that the conditions attached don’t necessarily move peoplecloser to the labour market. People are sometimes applying for jobs that theyknow they won’t get just to comply with the conditions that have been set.”

This issue was highlighted by one research participantwho was currently claiming Universal Credit who stated: “A company wanted anHGV driver right I had to apply for that but I don’t drive. Now where’s thelogic there do you know what I mean?…I applied for everything that was therejust to prove to them that I’m applying for it. You’re never going to get thejob.”

Professor Dwyer said: “The common threadlinking stories of successful transitions into work, or the cessation ofproblematic behaviour, was not so much the threat or experience of sanction,but the availability of appropriate individual support. Our study will continueto examine this issue over the next two years.”

Firearms seized and two people have been arrested in Oldham

Are you being watched? New play explores surveillance and state in The Studio at...