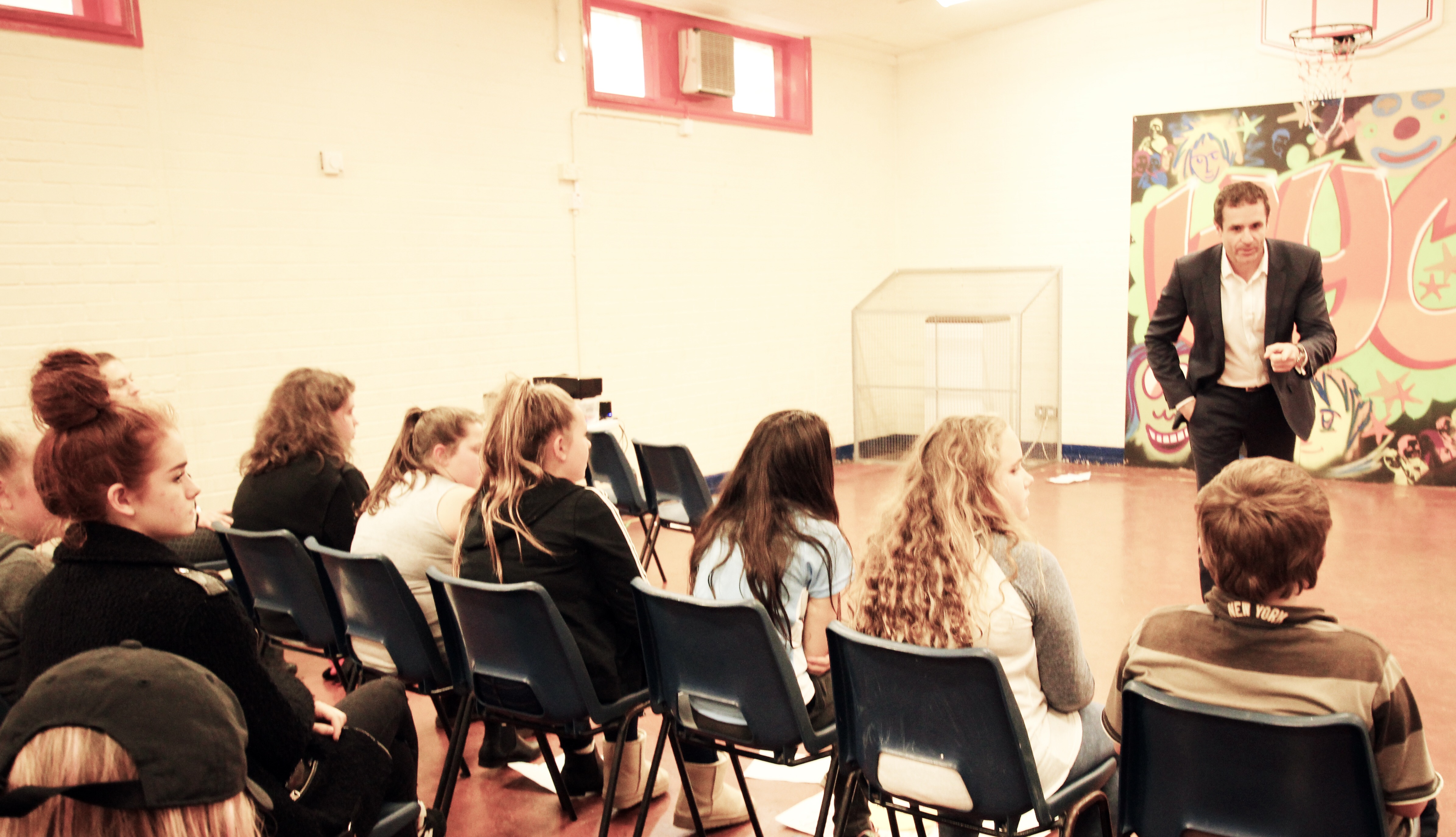 To kick-off the partnership Stephen, who grew up in a working household in Urmston, gave a talk to almost 20 youngsters aged 12-13 at Stockport Conference Week, which is part of RECLAIM’S two-year LEAD programme.On the day, the youngsters also pitched business, social enterprise and campaign ideas to a panel, which included anti-bullying and animal cruelty initiatives.

Stephen – whose firm boasts 90-staff members and takes unloved buildings in prime Manchester locations and develops them into apartments – told RECLAIM’S youngsters to work hard, listen to people’s opinion, but to ‘always go with your gut instinct’.

Now known as ‘Manchester’s Restoration Man’, he also revealed how his business career started aged seven, selling Vimto lollies to other kids in his school playground.

“It was a pleasure to talk in front of the young people from RECLAIM,” said Stephen. “I wanted to connect with them by first telling more of my story, before then expressing how important it is to work hard and to also, never let anyone tell you that you can’t achieve something.”

Stephen also said he had the pleasure of meeting RECLAIM founder Ruth Ibeguna – listed by Virgin as one of the top six female change makers internationally in 2016 – a week before he gave the talk.

“All 90 Beech staff found Ruth inspiring when she visited us,” said Stephen.

“Holding a one-to-one meeting with Ruth also gave us both a solid platform to work from going forward as we have chosen to support RECLAIM for very good reasons.”

He added: “Coming from a working-class background myself and being Manchester born and bred, I was lucky enough to have a stable, supportive family to help me grow and ground myself enough to remain focused on working hard for what I believed in.

“However, other bright young people from the same background as mine don’t always have that chance and are being fed the idea that they can’t achieve anything because of where they come from or are being told by the media that ‘money’ is a goal and not the by-product of working hard for something that gives you a purpose in life. This is where RECLAIM does a great job. It gets young people to aspire to do positive things and earn the confidence to get their voice heard.”

Ruth, whose charity has worked intensively with over 850 young people from working class, and often overlooked, communities across the region, said: “RECLAIM is about building a fairer future and working class young people being seen, being heard and leading change.

“It was great to meet Stephen and his staff and then have Stephen talk at Stockport Conference Week. He very much connected with the young people during his presentation and was asked plenty of questions.

“We are looking forward to working with Beech Holdings going forward as we feel we are very much a natural fit for each other.”

Wythenshawe Hall is transformed back to the 1940’s