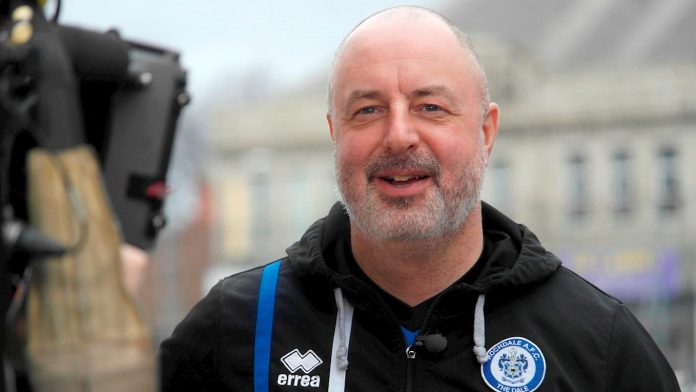 Rochdale Manager Keith Hill wants his players to be “brave” when they face Tottenham Hotspur in their Emirates FA Cup fifth round replay at Wembley on Wednesday night.

Dale travel to Wembley after a club scored in added time to draw 2-2 with Mauricio Pochettino’s side ten days ago.

Speaking to press ahead of the game, Hill commented: “We’ll try and play them at a game of football. I will encourage my players to be creative but focused, with intelligent energy. I think we got the balance right against Tottenham the last time we played them.

“It’s going to be a difficult game but an enjoyable opportunity and that’s what I want the players to see it as. I want them to see it as an opportunity, not to test themselves, but to go and win a game.

“They’re going to have to be brave, and if we’re brave and we get beat by four, five or six, then it’s something that me, as a coach, will accept. If we’re not too brave, then I’ll find that very difficult to digest, because I want us to take Tottenham on.”