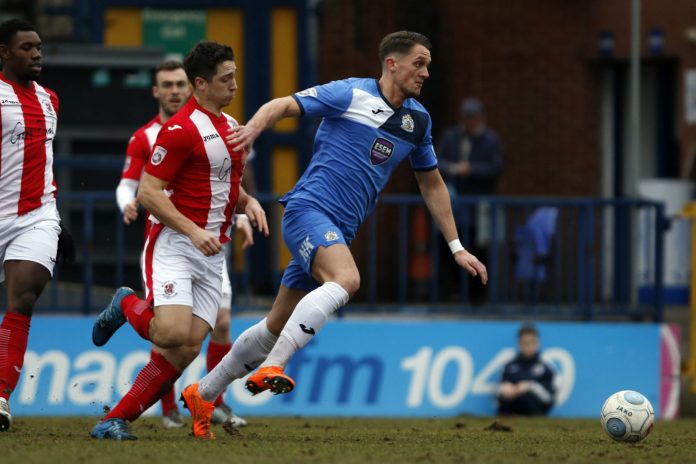 Stockport County midfielder  Jimmy Ball has agreed terms with Stevenage FC and joined the League Two side for an undisclosed five-figure fee , it’s the highest sum received by County whilst playing in non-league football.

Jimmy has scored eleven goals for the Hatters this season, having scored eight in the previous campaign.  He made a total of 91 appearances for the club following his move from Stalybridge Celtic in September 2016.

Jimmy helped County to reach the Play Offs this year, and capped his season with a Player of the Month award from the National League North in March.

Stevenage boss Dino Maamria saw Jimmy in action recently when he brought his previous side, Nuneaton Town, to Edgeley Park in February.

County boss Jim Gannon said: “There are a lot of emotions when a player leaves the club. The first one is pride for Jimmy. Not pride in our work, but in his. Jimmy has come through the difficulties of leaving a League club and finding his way through non-league football.

Football league and FA Cup Round up