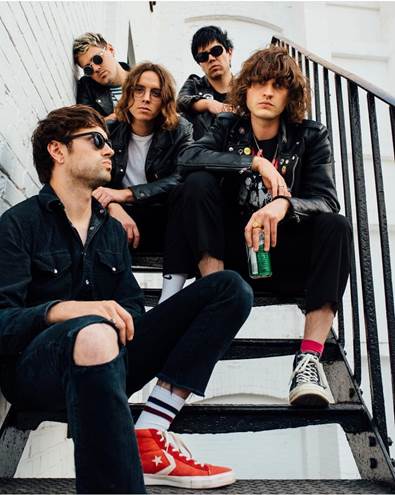 Bad Nerves are heading to Manchester this September as they prepare to play YES (The Basement) on Friday 27th.

Bad Nerves are 4-piece band from East London, formed in damp garage with only one goal in mind; to play as fast as they can, and jump from hook to hook.

The result was their own brand of ferociously fast power-pop-meets-garage-punk. The two demos they uploaded in 2016 have gained them ‘New Name’ & ‘Future Firsts’ plays on Radio One via Annie Mac and Phil Taggart. Whilst they also gained fans in Huw Stephens and more recently, Dan P Carter and Mistajam.

Gary Crowley at BBC Introducing described their sound as “200 miles-an-hour Supergrass” and made them featured artist on the BBC Introducing London show. Now withan official single release on the way along with appearances at Phil Taggart’s SLACKER club night & Live at Leeds Festival, Bad Nerves look set to explode, exactly as NME predicted on their top 100 for 2017.

This lightening fast rise is set to continue at they prepare to play Manchester’s YES (The Basement) on September 27th.