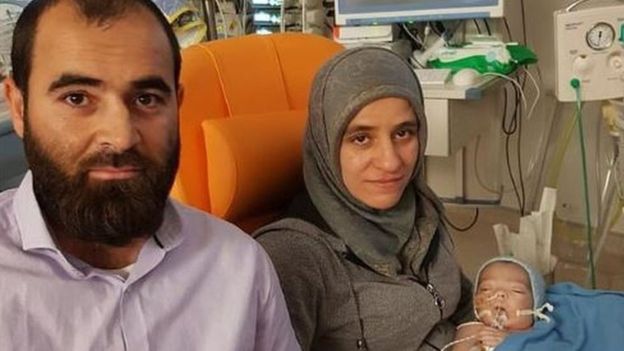 A judge has ruled that a three month old baby boy with brain damage currently being cared for in a Manchester hospital can have his life support system turned off.

His father who wants medics to continue treating him told the High Court in Manchester he showed “signs of life.

Midrar was starved of oxygen and suffered brain damage when the umbilical cord came out ahead of his birth.

Manchester University NHS Foundation Trust which runs St Mary’s Hospital said Midrar has remained on a ventilator since and has never breathed.It argued his organs were deteriorating and continuing to treat Midrar was “undignified”.

Mrs Justice Lieven, sitting in London for the High Court in Preston, Family Division, said: “I have no doubt that Midrar is brain stem dead.”

Three tests confirmed this, she said, handing down her approved judgement following a trial last week.

“The medical evidence is both clear and consistent… and this is undoubtedly irreversible,” Mrs Justice Lieven added.

“It is perfectly understandable that the parents should cling to hope by pointing to Midrar’s movements, including chest movements.

“However, all four consultants who gave evidence said there was an obvious and well-known reason for these movements, namely spinal cord reflexes.”

She added three clinicians were “entirely clear” Midrar was not showing a respiratory response by trying to breathe.

“The medical evidence could not have been clearer or more unequivocal on this point,” she said.

Stockport’s Redrock wins the not so prestigious Carbuncle Cup