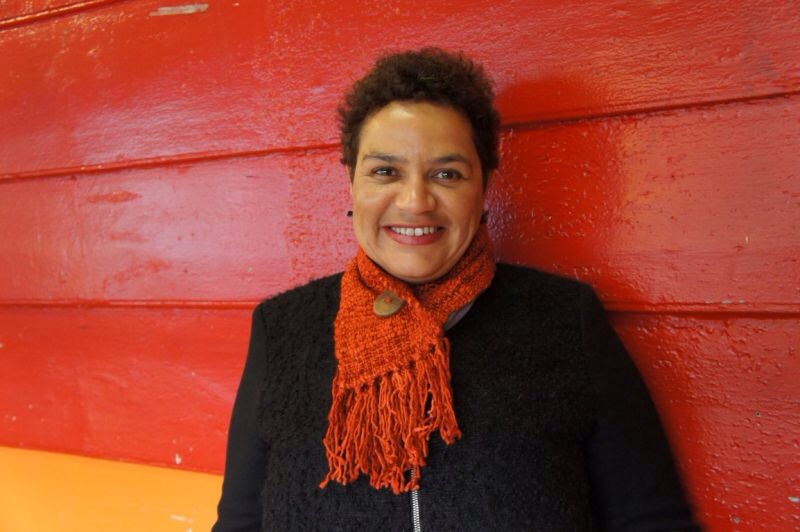 The distinguished, award-winning writer of fiction, poetry and plays, Jackie Kay MBE, has been appointed by the University of Salford as its new Chancellor.

Jackie, who takes up the position immediately, succeeds Dr Irene Khan, who stepped down earlier this year after her five-year term.

As well as the honorary role of Chancellor, Jackie will, from 1 January 2015, take up the position of University ‘Writer in Residence’.

University Vice-Chancellor, Professor Martin Hall, said: “We are thrilled to welcome Jackie to our University. She will inspire our staff, work with our students to help them imagine their future selves and strengthen our role as a civic institution in our wider community.”

Jackie said: “It’s a huge honour to have been chosen to be Chancellor of the University of Salford, and I’m very much looking forward to taking up the role, and to being a hands-on Chancellor, as well as a ‘shaking hands’ Chancellor. As Writer in Residence, the idea of getting to know each department thoroughly and of finding new and pioneering ways to work across disciplines excites me.”

Jackie was born to a Scottish mother and Nigerian father in Edinburgh and was adopted as a baby by Helen and John Kay, growing up in Glasgow. She studied English at the University of Stirling and her first book of poetry, The Adoption Papers, published in 1991, was a great success, winning the Scottish Arts Council Book of the Year and a commendation from the Forward Poetry Prize judges.

Her other awards include the Guardian First Book Award Fiction Prize for her celebrated first novel Trumpet and the Somerset Maugham Award for Other Lovers. She was made a Member of the Order of the British Empire for her services to literature in 2006.

She writes extensively for the stage, screen and for children. Her play Twice Over was the first by a Black writer to be produced by Gay Sweatshop Theatre Group in 1988.

Her plays have been performed at The Royal Exchange and more recently she wrote Manchester Lines for the Library Theatre.

Her drama The Lamplighter looks in depth at the Atlantic slave trade and was broadcast on BBC Radio 3 and published by Bloodaxe.

Her first children’s novel, Strawgirl, was published in 2002. In 2010 she published Red Dust Road, an account of her search for her birth parents, which won the Scottish Book of the Year award as well as The London Award.

Jackie has lived in Manchester for over 15 years and is currently Professor of Creative Writing at the University of Newcastle and Cultural Fellow at Glasgow Caledonian University.