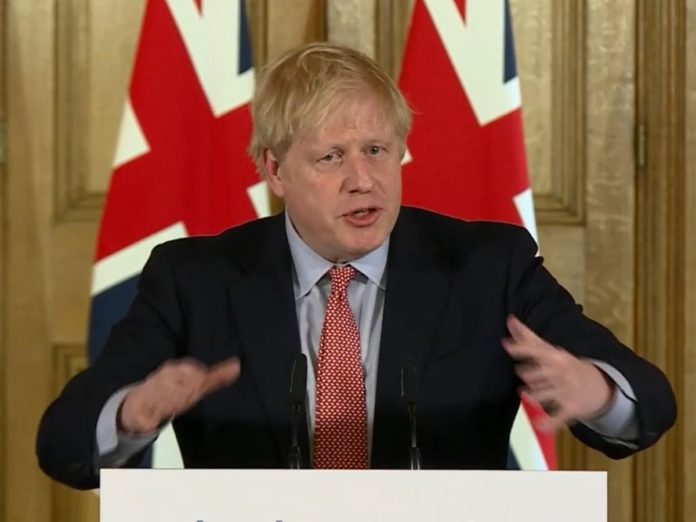 The public have been told to avoid non essential contact, unnecessary travel and work at home if they can.

Prime Minister Boris Johnson during a live press conference urged families to stay at home for 14 days if any member of the household is ill, and said the advice on people avoiding non-essential contact is particularly important for people who are over-70, for people who are pregnant and for people with underlying health conditions.

The Prime Minister said that the risk of transmission at mass gatherings was low but that the measures were necessary to relieve pressure on NHS service.

He also said  the situation is particularly serious in London, which is several weeks ahead of the rest of the country in terms of the spread of coronavirus.

Scientific advice, said the Prime Minister, is to avoid pubs and clubs but at the moment the Government has no plans to enforce the shutting down of venues.

He says there are two reasons for these measures: to protect people, and to reduce the spread of the illness and added that in future other measures may be necessary, like school closures. But they would need to be introduced at the right time.

Three groups said the Government adviser Professor Chris Whitty said that people who are over 70 or who have a significant health condition are being asked to take even greater care.

That is. he added, to reduce the risk of their having to go to hospital and to protect their health. He says these are people over 70 and people who would normally be asked to have flu injections.

Women who are pregnant are also being included, he says. He says that is because the government wants to minimise risk and does not know much at this stage about the impact of coronavirus on pregnant women.

Meanwhile the head of the World Health Organizaion, Dr Tedros Adhanom Ghebreyesus, implored governments to test more suspected cases, warning that they cannot fight the pandemic blindfolded. In a strongly-worded attack on governments which have neglected or held back testing, he said: “We have not seen an urgent enough escalation in testing, isolation and contact tracing, which is the backbone of the response.”