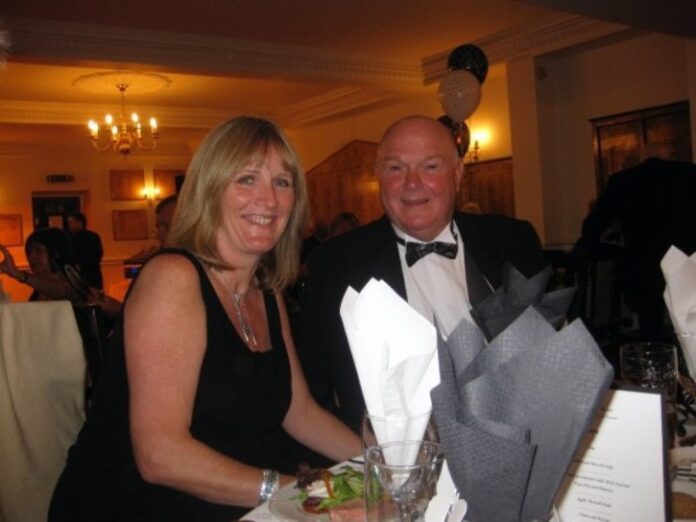 A retired detective superintendent from Urmston, who has beaten cancer once, is now fighting it a second time, from the comfort of his armchair.

Bob Huntbach (72) is one of around 6,000 patients each year to benefit from having cancer treatment at home, thanks to an innovative service provide by Manchester’s internationally acclaimed cancer centre, The Christie.

The Christie ‘At Home’ service consists of 12 fully qualified chemotherapy and immunotherapy nurses from The Christie who visit patients in their own homes to provide them with lifesaving and life extending cancer treatments.

Bob, who has been married to retired finance director Lynne for seven years, has two children from a previous marriage (Daniel and Amanda), five grandchildren and two great-grandchildren. He had an older son, Robert, who died in his early 20s and he lost his mother to bowel cancer in 2010 along with a number of other family members including his eight year old niece. He has also seen many former police colleagues pass away from cancer over the years, including best friend Roy, who was just 65, and who sadly died from lung cancer earlier this year.

Bob was originally diagnosed in 2012 with a rare form of leukaemia, following a blood test. He was treated at The Royal Oldham Hospital and went into remission.

He said: “I class myself as very lucky because each time I’ve had cancer it has been found very early on. The leukaemia was picked up almost by chance as part of the same blood test that was screening for PSA for potential early signs of prostate cancer. I was feeling perfectly well before the blood test so, without that, the leukaemia would have progressed much further.”

Bob is currently being treated for an unrelated melanoma, which he first spotted four years ago. He had spotted a mole on his arm that was occasionally bleeding and went to get it checked out by his GP. The GP didn’t think it was anything to worry about but a further consultation and referral to the local hospital dermatology team resulted in surgery to cut it out.

In 2018, he was due to go on a cruise for his 70th birthday but this had to be rearranged to have urgent surgery at The Christie for the melanoma on his arm. Since then, Bob has had six lots of surgery on his arm including a skin graft.

The follow up scans were clear, but in 2020, Bob felt a lump the size of a pea on his arm and another lump the size of a grape on his collar bone. They have since grown rapidly. Further surgery was considered, but felt to be unwise at this stage and, since the summer of 2020, Bob has been receiving an immunotherapy infusion for the melanoma. This is a treatment given into a vein that uses the body’s own immune system to fight cancer.

Following Bob’s first two immunotherapy infusions at The Christie, he was eligible to have the treatment through the ‘At Home’ service.

He said: “When I was going to the Christie’s Withington site for the treatment I basically had to write off a whole day. There was the driving to and from the centre during rush hour, the time finding somewhere to park, and then a lot of waiting – not that I’m complaining! My wife came with me, so that was a whole day for her too, and it’s very tiring when you are having treatment.”

“Now I have the treatment at home and it makes a huge difference. The medication is sent straight to my home two days before. Then I get a phone call to tell me what time the nurse is coming. Last time they were here by 9.30am and gone by 10.30am, so I had the rest of the day to spend with Lynne.

“You get a one to one service with the nurse. They can answer all your questions about when the next blood test is due and when the next treatment is booked in. If there is anything I don’t understand or am concerned about, I can ask them, and if they don’t know, they will go away and find someone else who can help me.

Bob is an avid rugby supporter, keen DIY enthusiast and gardener. He loves reading and engages in charitable work, particularly through the freemasons. This includes fundraising for local food banks and a children’s hospice. The extra time Bob saves from the at home treatment means he can enjoy more time on all these activities.

“The ‘At Home’ immunotherapy treatments have enhanced my quality of life and given me so much more time to spend with my wife and doing the things I love,” he said. “Once the nurses have gone, I can go shopping or spend time in my workshop making things. As I have treatment every six weeks, it means I’m gaining roughly an extra 10 days a year from this service, and at my age, every day counts.

“I’ll be on the immunotherapy for as long as it is still benefitting me.”

Bob has also been referred for an eight day course of radiotherapy at The Christie for the growth on his collarbone.

SACT (systematic anti-cancer therapy) outreach service manager at The Christie, Stephanie Hechter, said: “The benefits of treating patients at home has increased more than ever during the COVID-19 pandemic. Our patients really value having to travel less and not waiting in hospital for treatment. The ‘Christie at Home’ service continuously receives positive feedback from patients and the service will be expanding in 2021.”

A Bed Every Night scheme to continue this winter as Mayor warns of increased...

Burnham pledges to improve the city-region’s bus network but it’s going to cost you...