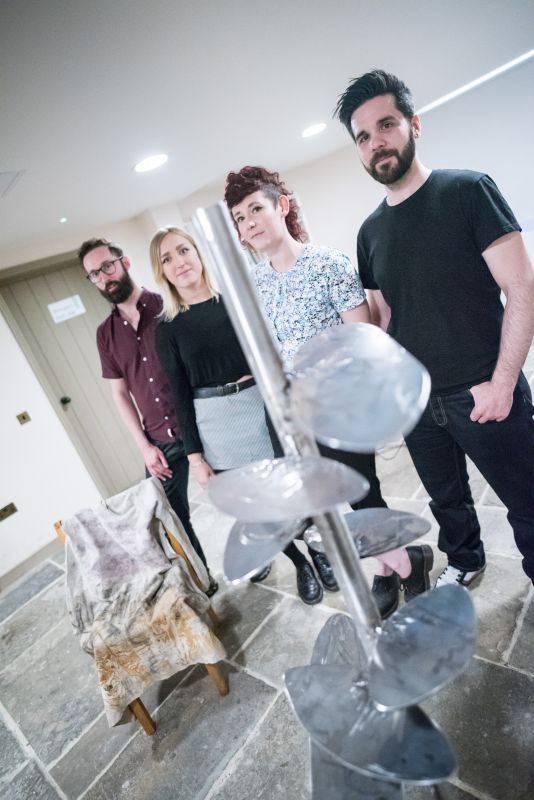 An art installation celebrating the woman who inspired Communist thinker Friedrich Engels has been created by University of Salford students as part of the Manchester International Festival.

The installation dedicated to Mary Burns, Engels’ common-law wife who introduced him to the poverty of 19th Century Salford and Manchester , is being held at Elizabeth Gaskell’s House in south Manchester on Wednesday July 12

Burns, who came from an Irish family and was the daughter of a cotton mill worker, is often credited with enabling Engels to document the slum conditions of the period in The History Of The Working Class In England which he co-authored with his friend Karl Marx, but very little is known about her and no photographs have survived.

Now, a group of students and recent graduates from the University who met during Manchester International Festival’s Creative50 project – which mentors creative individuals to develop their talents – have decided to mark her legacy.

The event features a five foot abstract sculpture of Burns alongside a dress created by Visual Arts graduate Natalie Linney made out of old clothing and salvaged metal.

There will also be an immersive experience including films representing Mary’s life and images of Manchester’s Irish community created by Jamie Starboisky, graduating this summer from the Broadcast Journalism programme, along with a digital soundscape created by PhD researcher Manoli Moriaty.

Jamie Starboisky said: “It’s staggering to think that without a Manchester-born Irish woman, Communism might not have happened. She was a very practical woman, who introduced him to things he wouldn’t have seen otherwise, and even took him to Ireland to see the effects of the potato famine.

“They were like John Lennon and Yoko Ono – two complete opposites who came together and achieved great things because they were so creative.

“We’ve called the event ‘behind ev’ry great man, there had to be a great woman’ because she seems to epitomise  that phrase. Burns was behind Engels but for most of history she’s been hidden behind his