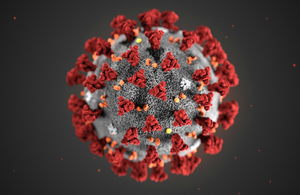 A further 1,449 people have died in the UK after testing positive for Covid-19 in the last 24 hours

It has not been this low since 9 December, when 16,578 cases were recorded.

Separately it has been announced that variant of the coronavirus has developed a new, concerning mutation in a small number of cases, which scientists said makes it similar to the South African and Brazilian variants and could reduce the efficacy of vaccines.

Public Health England said there had been 11 reports of the UK variant which feature the E484K mutation, mostly in south-west England.

The E484K mutation, which occurs on the spike protein of the virus, is the same change as has been seen in the South African and Brazilian variants that have caused international concern.

“PHE is monitoring the situation closely and all necessary public health interventions are being undertaken, including enhanced contact tracing and control measures,” a PHE spokesman said.

Matt Hancock told the House of Commons that

was too early to tell the impact of variants on vaccines, but mutations of concern had been reported in Bristol and Liverpool.

“We must continue to act with caution, not least because of the renewed challenges posed by new variants of the coronavirus,