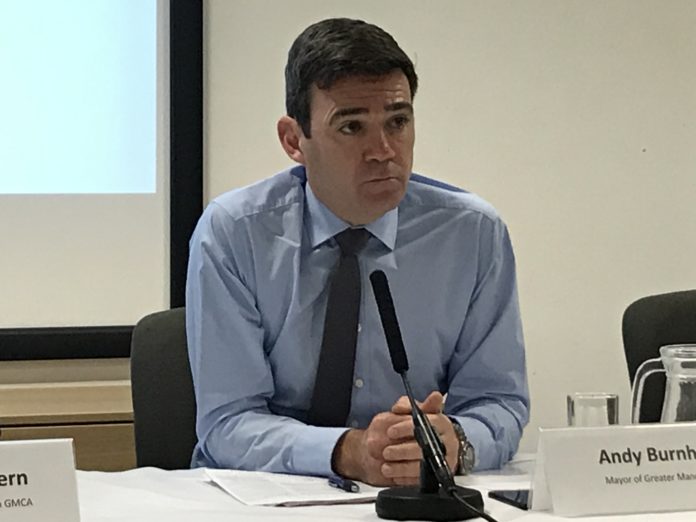 The Mayor of Greater Manchester, Andy Burnham, has called on the Government to announce a new Stay At Home policy today to safeguard public health and limit transmission of the coronavirus.

Speaking to Good Morning Britain on ITV, the Mayor also called on the Government to use today’s press briefing to announce a new deal to protect the income of the self-employed and a commitment to house all those sleeping rough with immediate effect.

Andy said: “We are entering a new phase of this outbreak and the Government urgently needs to move to a new policy. We have had too many mixed and confusing messages. Absolute clarity is now needed.

“In today’s press briefing, the Government needs to announce a new Stay At Home policy, backing up the powerful calls from NHS staff over the weekend. This policy would allow only a very limited number of exceptions, for instance to collect shopping, and must come with clear arrangements for enforcement.”

Picking up the issue of the self-employed only being eligible to receive Statutory Sick Pay, the Mayor went on to say: “You also can’t build a sense of national unity if some are having their wages covered but five million self-employed people are being told to live on statutory sick pay. The Health Secretary has said that he couldn’t live on it and nor should we expect others whose earnings have plummeted. This also needs to be corrected today.”

Finally, the Mayor reiterated his call for the Government to house all homeless people: “Yesterday I called on the Government to fund all councils so that they can house all people who are homeless or sleeping rough. No person should be forced to sleep on our streets, and there should be an immediate package announced to allow us to get people into safe and secure accommodation.

“I think that these are policies that can unite people.  We need to build a sense that everyone is in this together and everyone is being looked after.”