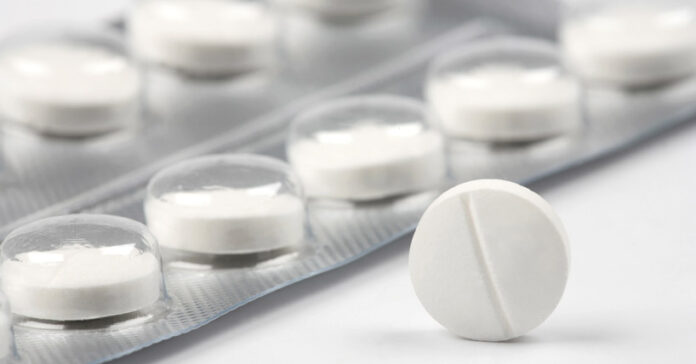 A regular dose of aspirin to reduce the risk of inherited bowel cancer lasts at least 10 years after stopping treatment, research has revealed.

The international trial – known as CAPP2 – involved patients with Lynch syndrome from around the world and revealed that two aspirins a day, for an average of two and a half years, reduced the rate of bowel cancer by half.

The study, led by experts at the Universities of Newcastle and Leeds, published in The Lancet today, is a planned double blind 10 year follow–up, supplemented in more than half of recruits with comprehensive national cancer registry data for up to 20 years.

The findings of the study further strengthens the National Institute for Health and Care Excellence (NICE) recommendation on taking daily aspirin for those at high risk and supports wider use of aspirin to prevent cancer.

Based on the preliminary five year data from the CAPP2 trial, NICE recommended that aspirin should be offered for the prevention of bowel cancer in adults with Lynch syndrome.

He said: “I had an idea 30 years ago that people with a genetic predisposition to colon cancer could help us to test whether aspirin really could reduce the risk of cancer.

“Patients with Lynch syndrome are high risk and this offered statistical power to use cancer as an endpoint – they are like the canaries in the mine who warned the miners that there was gas.

“It took a long time to start the trial and to recruit enough people in 16 countries, but this study has finally given us an answer.