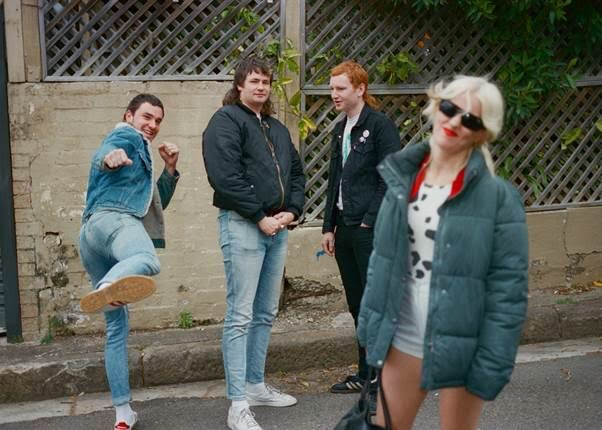 Melbourne-based punk four-piece Amyl and the Sniffers are returning to Manchester for a headline show at Gorilla on Sunday 1st December.

Forming in 2016, the band is the product of former housemates Amy Taylor (vocals), Bryce Wilson (drums) and Declan Martens (guitar), who taking inspiration from the likes of AC/DC, Joan Jett, Die Antwoord, Dolly Parton, formed the band, wrote a handful of tunes and released their debut EP Giddy Up all in the space of 12 hours. Completing their line-up with Gus Romer on bass, they quickly gained a reputation for furious live performances, signing to King Gizzard’s Flightless Records for Australia/NZ, ATO/Flightless for North America, and following sell-out shows in the UK and Europe, Rough Trade for the rest of the world – the first Australian band to do so since The Go-Betweens.

Pulling rave reviews since the release of their 10-track EP Big Attraction & Giddy Up, combining their previous two EPs of the same titles, Amyl and the Sniffers released their debut album this year, receiving plenty of praise from tastemakers like Beats 1’s Matt Wilkinson.

After a busy festival season, they’re back on the road this winter, with a headline show at Manchester’s Gorilla on Sunday 1st December, tickets available here!

Tom Misch at the O2 Apollo