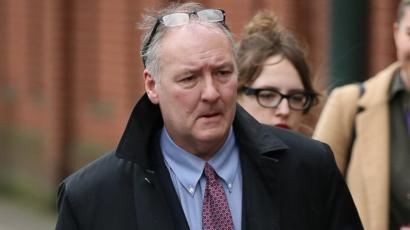 Those are the findings of an Independent report out today by the Bishop of Norwich the Rt Revd Graham James which has recommended the recall of his 11,000 patients for their surgery to be assessed.

In his report, Bishop James said: “The suffering described; the callousness; the wickedness; the failures on the part of individuals and institutions as well as Paterson himself – these are vividly described in what patients told us.
“The scale of what happened, the length of time this malpractice went on; the terrible legacy for so many families; it is difficult to exaggerate the damage done, including to trust in medical organisations.”

In 2017 breast surgeon Ian Paterson was sentenced to 20 years in jail after carrying out unnecessary surgery on hundreds of patients who were left traumatised and scarred.

He worked at hospitals run by the then Heart of England NHS Trust and practised privately at Bupa hospitals and Spire Healthcare.

Lesley Cuthbert, from Solihull, was treated by Paterson in 2006 for breast surgery.

The medical trauma of subsequently discovering that the procedure wasn’t necessary and that she had never had breast cancer at all, has shaken her life. In response to the report findings, she says:

“The report that has come out – there’s 15 points for recommendations and I think it’s really important that the government look at that and implement them for the safeguard of the private patients especially where they’ve got no healthcare support at the moment. Finally, something will be done about it to ensure that this kind of thing can never happen again. This is so important as so many people have been affected by Mr Paterson and I would hate to think of other people having to go through a similar sort of thing.”

The coroner and West Midlands Police are looking into the deaths of 23 of Paterson’s patients.

BBC to broadcast documentary about the crimes of Reynhard Sinaga